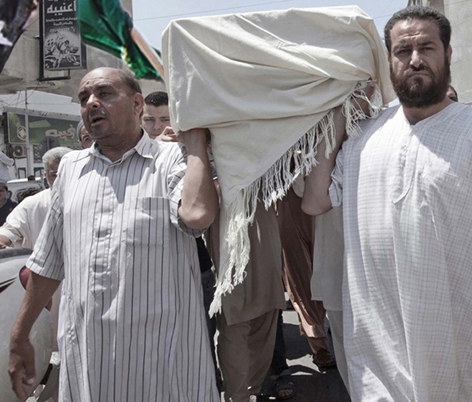 During July and August 2014, fighting between rival militias, originating from the towns of Misrata and Zintan, in Tripoli International Airport and other vicinities has led to civilian casualties and injuries and forced thousands to flee their homes. The deteriorating security situation has spread to other areas in the country and whilst humanitarian information is limited, an estimated 2 million people have been affected by the conflict.

Current estimates from Libya’s Emergency Crisis Committee and local partners suggest that 1,000 people have been killed, 4,000 injured and 107, 028 have been displaced. In addition, more than 150,000 people, including Third Country Nationals (estimated at 15,000) have sought refuge abroad.

The West of the country has been most affected, such as the districts of Az Zawiyah and Yafran, although an estimated 6,000 people have also been displaced in Benghazi. Displaced families are currently being hosted by relatives and local communities or living in public buildings or shelters.

The Humanitarian Country Team has been working with national partners on assessing humanitarian needs and has identified the following as key priorities for immediate response: food and non-food items, fuel, water, power, protection, water, hygiene services, health, and support to migrants. A preliminary response plan is currently being developed.

The next Flash Update will be issued as soon as more information is available. For more information, contact: Ms. Iman Shawwa, United Nations Support Mission in Libya (UNSMIL), [email protected]

UN Office for the Coordination of Humanitarian Affairs