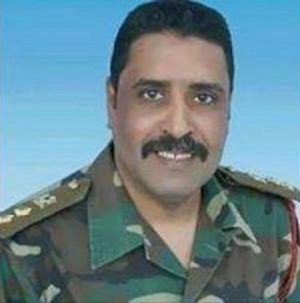 The Chief of Staff, Major-General Abul Razzaq Nazhuri, has appointed Colonel Ahmed Bouzeid Al-Masmari as the official spokesperson of the Libyan Armed Forces.

Also known as Bashir, Masmari will also serve as the official spokesperson for the Petroleum Border Guards (PFG).

Like Nazhuri, he was born in Marj in 1964. He holds a Bachelor’s degree in Military Science and is also a researcher specialising in Libyan history.

For his part, Mohamed Al-Hejazi, the spokesman for Operation Dignity, has told the Libya Herald that he nonetheless remains in his post.

Meanwhile, according to a source within the military, Nazhuri visited Zintan last week to discuss the arming of local brigades in the area in order to “take back” Tripoli.