Arab League calls on Libyans to support UN Dialogue, approves help from individual Arab states in fight against IS

At an emergency meeting in Cairo today, the Arab League authorised Arab states to provide support to government in Beida in the fight against terrorism. It said they could so individually or collectively, and that they could provide whatever assistance was deemed necessary.

The meeting was called by Libya following last week’s bloody suppression by Islamic State (IS) forces of the uprising in Sirte.

Today’s decision, however, falls considerably short of what the Libyan government had wanted. It had called for the League to authorise Arab states to launch air strikes against Islamic State (IS) forces in Sirte. “The Libyan air force is not capable of conducting air strikes against ISIL in Sirte,” Foreign Minister Mohamed Al-Dairi told ambassadors today, urging them to support the call

In a diplomatically balanced statement, the League also urged Libyans to back the UN-brokered political Dialogue process and quickly produce a government of national unity.

Stressing the need to uphold Libya’s sovereignty, unity and territorial integrity and protect Libyan civilians, the League also said that the international community had to help Libya fight IS. In what is seen as a reflection of the fact that there are divisions among Arab states over Libya, the League added that an “urgent” Arab strategy to provide military support Libya in the fight against IS still needed to be devised.

Although Egypt, Jordan and the UAE strongly supported providing military help to Libya, Algeria opposed any outside intervention and that no decision should be taken ahead of the Dialogue producing a government of national unity, a view also taken by Qatar.

For its part, the continuing General National Congress (GNC) had sent a letter to the Arab League last night warning that without the endorsement of the GNC and the government, any decision to approve military action in Libya by outside forces would mean an end to the Dialogue process.. 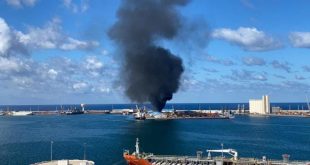