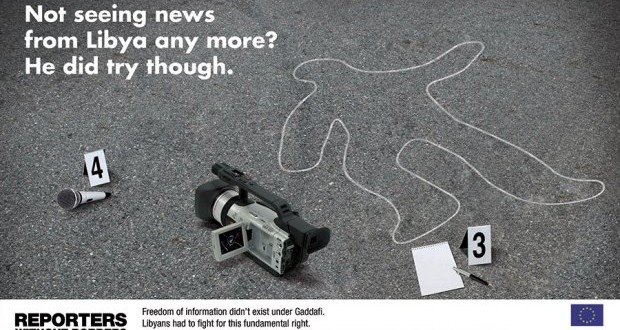 "Not seeing news from Libya any more?" – RWB's new campaign

Three years after the Gaddafi regime’s fall on 23 October 2011, Reporters Without Borders is launching an awareness campaign about the persecution of journalists and news media in Libya. Cases of targeted violence against journalists have soared since the end of the Libyan revolution, making it more and more difficult for the media to work in an increasingly chaotic environment.

Exactly three years after the Gaddafi regime’s fall on 23 October 2011, Libya is today amid mounting political and military anarchy, and the hopes raised by Col.’s overthrow are giving way to another dark episode in Libyan history. Journalists, both professional and non-professional, are among the leading victims of this instability. They are being hounded, physically attacked and even murdered. 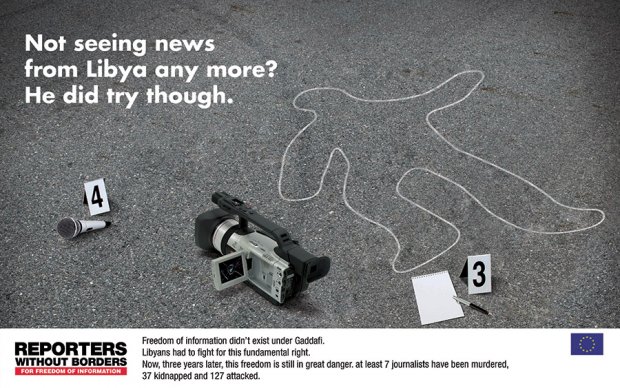 In response to this alarming situation, Reporters Without Borders is launching a campaign visual – designed by the JWT Tunis ad agency and available in Arabic, French and English – to highlight the terrible plight of journalists working in Libya.

The visual shows the re-enactment of the scene of a journalist’s murder together with the words: “Not seeing news from Libya any more? He did try though.” Its aim is to make the general public aware of what is happening to journalists in Libya.

Reporters Without Borders defends freedom of information, a freedom that is an essential condition for any transition to democracy. 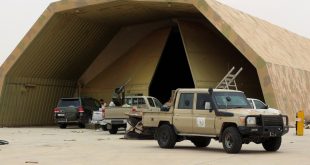