Home / Normal / Transitional justice: perspectives from and for young Libyans 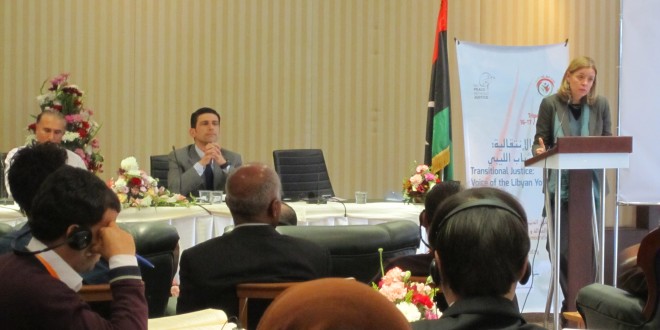 Transitional justice: perspectives from and for young Libyans 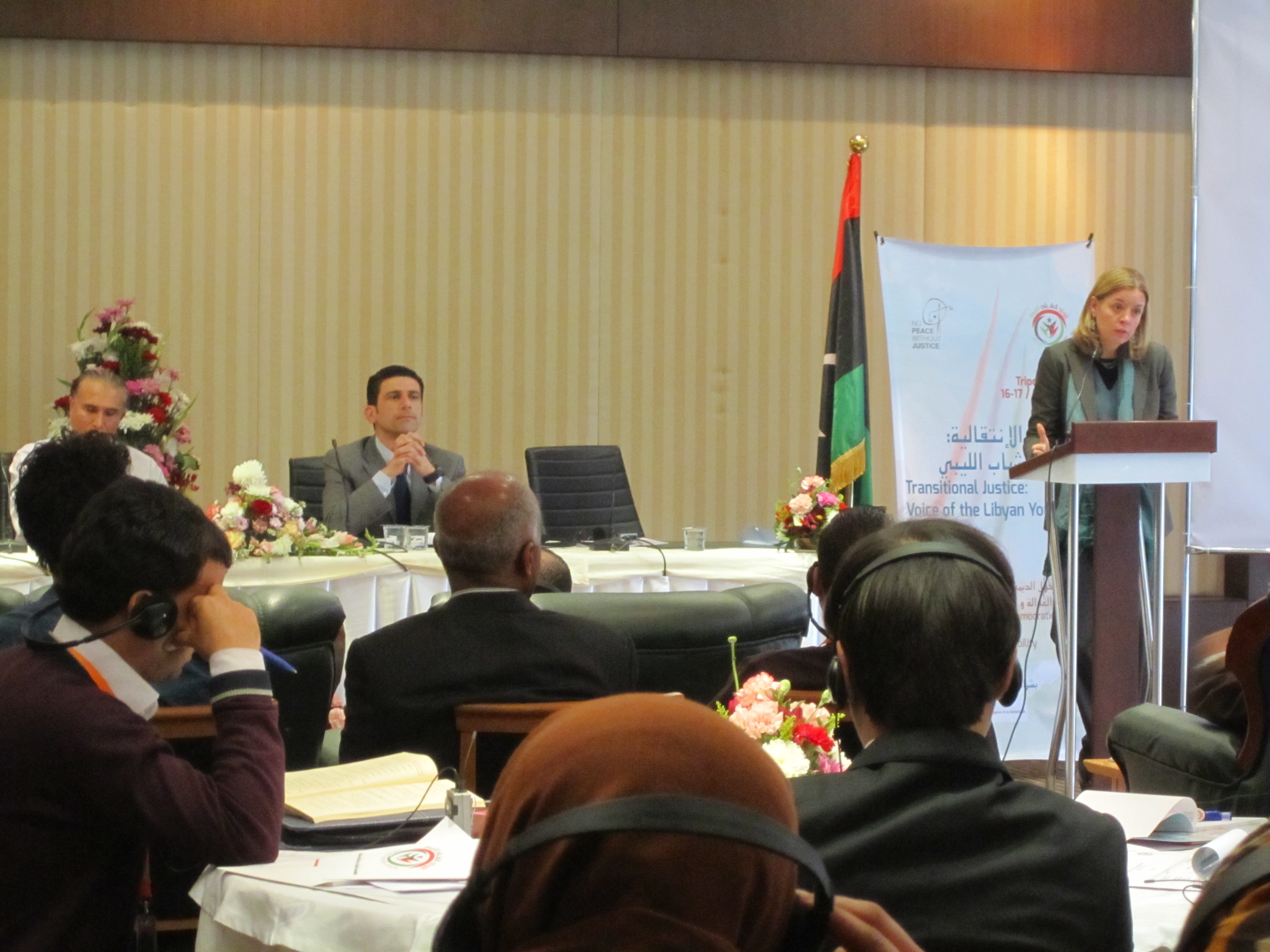 Young people from around Libya are exploring ideas about transitional justice with local and international speakers in a two-day event at the Bab Al Bahr Hotel.

‘Transitional Justice: Voice of the Libyan Youth’ has attracted some 35 participants, almost half of whom are women. Run by international NGO No Peace Without Justice (NPWJ) and their local partner Libyan Youth Union, the first day had a series of engaging speakers.

The head of the GNC youth and sports council, Bashir Alhosh, said that although there had been delays to the transitional justice law, it was now in its last phase. “I believe it could be passed in the next two weeks,” he said, adding that young Libyans would benefit most from the law. Alhosh said that it was difficult for Libya to move forward to a stage of reconciliation with an absence of transitional justice.

Wierda said that civil society and NGOs were key to driving the process of transitional justice forward because “governments come and go.”

Speakers also shared their own country’s post-conflict experiences. Stefano Moschini, Libya programme coordinator for NPWJ, talked about how Italy dealt with post-fascism. Patience is needed after any dictatorship, he said, adding that Italy “is still dealing with the physical and moral consequences of its past.” Part of the problem, he said, is that Italy did not have a proper process of reconciliation.

After Benito Mussolini had been executed it was common, he said, for people to complain that life had been better under the dictator, with comments such as: “When he was in power, we could go out, day and night, safely. The streets were more secure.” Such complaints can now be heard in Libya.

Patience is needed, Moschini said, for what can be slow progress after a dictatorship and lessons can be learned from mistakes made elsewhere. In any country, he said: “The way it deals with its past is crucial to determine its future.”

The legacy of six dictators in Argentina during the twentieth century, said Luis Fondebrider from the Argentine Forensic Anthropology Team (EAAF), had been a lack of trust.

“No-one trusted the judges, courts or even doctors,” he said, so the NGO EAAF was established to investigate human rights violations and over 30,000 cases of people who had disappeared under the regimes.

Fondebrider said that although there was no one solution to the problems inherited from ousted dictatorships: “Recognising that perpetrators of crimes are not evil people, but are products of society is a first step towards reconciliation.” 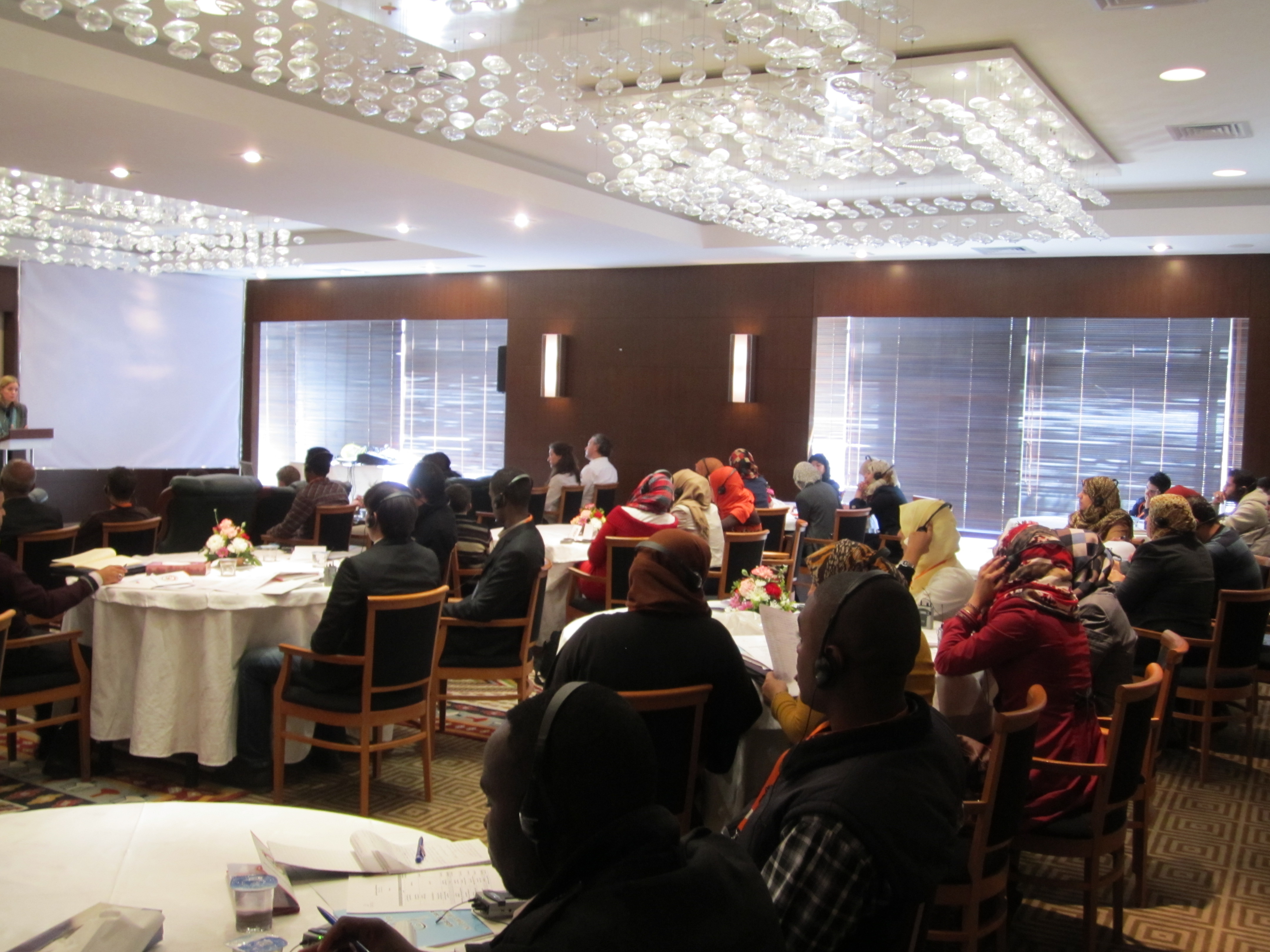 Participants came from all over Libya (Photo: Tom Westcott)

The young people gave spirited responses, confidently voicing their opinions. Many called for perpetrators of crimes still at large to be caught and brought to justice. Others said that special courts were needed to try those accused of committing crimes under the former regime.

There was dissatisfaction too. One man said that he had no confidence in the new government, so felt like taking the law into his own hands. Another said that Sharia Law was the answer.

The young people all stressed the importance of holding those who had committed crimes accountable, and others said there should be punishments for the perpetrators of severe violations. “Without punishments for violations like rape,” one woman said, “there can be no reconciliation.”

Other women voiced concern about how difficult it was for victims to come forward. In Libya’s conservative society, issues like rape tend to be kept private. The topic also branched into other areas, with one female participant saying: “We talk about justice, justice, justice, but in order to reach justice, we must first have equality.”

Many different perspectives on transitional justice were aired. The Dutch Ambassador, Antony Lansink, offered an African proverb as a way of summing up the challenges: “If you want to go fast, go alone. If you want to go far, go together.”

Moschini, told the Libya Herald that the aim of the event was to open a dialogue to get young people interested in ideas about transitional justice, which they could then take back to their communities. “We hope to replicate this event in other parts of Libya,” he added.

As well as talks and discussions, the Transitional Justice event will include ‘simulation games,’ involving post-conflict scenarios in a fictional country called Zamal. “This is an ‘active learning’ tool,” Leon Schettler from Humanity in Action, an international educational charity, told the Libya Herald. “Groups will be divided at random, each with different roles, objectives and ideas.” The aim of this exercise, he said, is to explore different perspectives on transitional justice.

The event is being sponsored by the Dutch Embassy.

Justice
All
2013-03-17
activate
Previous Opinion: The planned 15th February demonstrations in a few lines
Next Transitional justice: perspectives from and for young Libyans