Ali Zeidan was held for several hours by former rebel brigades who say they were working under orders from government.

Libya’s prime minister has called for calm after being abducted and held by an armed group for several hours by former rebel militiamen angry at the weekend capture by US special forces of a Libyan al-Qaeda suspect in Tripoli.

Ali Zeidan was freed unharmed on Thursday after armed men associated with the fragmented Libyan security apparatus held him for about six hours, after seizing him from a luxury hotel he lives in under tight security.

“We hope this matter will be treated with wisdom and rationality, far from any tension.

There are many things that need dealing with,” he told his cabinet in remarks broadcast on television after his release.

Zeidan reassured foreigners living in Libya that their safety is not in question and thanked two militia brigades who had helped negotiate his freedom and urged them to join the state’s military forces.

Several former rebel brigades have refused to disarm or join national security forces in the past.

Zeidan, who is in his early 60s, was taken from the Corinthia Hotel, where many diplomats and top government officials live.

It is regarded as one of the most secure places in Tripoli.

The rebel group, Libyan Revolutionary Operations Chamber, which had been hired by the government to provide security in Tripoli, said it “arrested” Zeidan after John Kerry, US secretary of state, said Libya had a role in the weekend capture in the city of Abu Anas al-Liby.

“His arrest comes after … [Kerry] said the Libyan government was aware of the operation,” a spokesman for the group said.

US special forces on Saturday seized Nazih al-Ragye, known by his alias Abu Anas al-Liby – a Libyan suspected in the 1998 bombings of US embassies in Kenya and Tanzania.

Liby is being held on a Navy ship in the Mediterranean Sea.

The Libyan Revolutionary Operations Chamber also said that it was working under orders from the public prosecutor, but the cabinet announced that they were unaware of immunity being lifted or of any arrest warrant for Zeidan.

The group also accused Zeidan of bribery dating back to September, saying he issued cheques to military guards who had been blocking an oil refinery in east Libya.

Moments before news broke of Zeidan’s release, Al-Seddik Abdelkarim, Libya’s deputy prime minister, had pledged that the government would not give into the demands of the perpetrators of a “criminal act”.

“The government will not give in to blackmail by anyone,” he said.

Two years after a revolution ended Muammar Gaddafi’s 42-year rule, Libya is in turmoil, with its vulnerable central government and nascent armed forces struggling to contain rival tribal groups and fighters who control parts of the country.

“The rebels have the upper hand and the army cannot intervene. It is chaos. This is a huge embarrassment for the government,” he said. 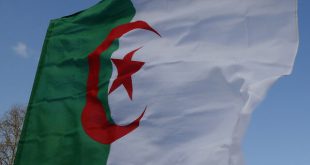 Haftar at the gates: How Libya’s crisis forced Algeria to come out of diplomatic hibernation