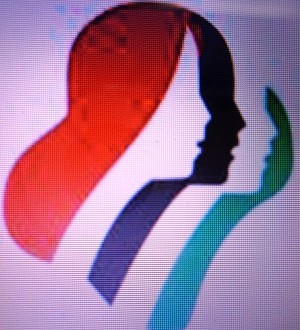 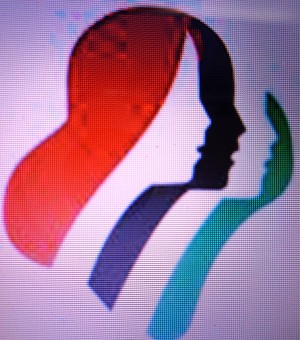 Having arrived in Libya over 18 months ago, my overwhelming first impression was how “male” Libyan society appeared to be, both at an expat and national level. It took some time for me to peel back the veneer of the male dominated social sphere and meet the hidden half of the population.Libyan female society, perhaps understandably following a 42 year dictatorship, struck me as somewhat reserved and even as a Muslim woman, I found it difficult to meet and form meaningful bonds with Libyan women.

I am fortunate enough to work with several strong and creative women who afford me a wonderful insight into female society here. I am indebted to them for their kindness in familiarising and inducting me into their world.

I’ve since been to numerous Libyan parties, weddings and iftaars, where I’ve come to appreciate that women world wide are more similar than we think, despite the cultural or religious lens with which we chose to view one another.

Since co-founding International Women in Libya (IWIL) last year, a social networking forum for professional women both Libyan and expatriate, I have had the true pleasure of bringing together a diverse range of inspiring women each month. I hope that IWIL has been a conduit for breaking down barriers, increasing awareness and promoting friendship amongst its female membership.

Women working and living in Libya, however, still suffer many social problems, the most manifest being harassment in the streets. Whether its telephone numbers thrown through car windows or being followed around supermarket aisles by keen young men, the issue of female harassment must be tackled.

Last years “Mat3akesneesh” or “Don’t Harass Me” campaign was pivotal in addressing the issue of harassment frequently faced by women in Libya. The video clip depicted a young man harassing a female throughout her day, only to reveal at the end that the girl was in fact his sister.

The predominant message portrayed is that men should treat women respectfully and as they would like their own female relations to be treated. Playing on the strong sense of protective male pride that exists in the Arab world and touching on a widespread social issue, the video was an instant online phenomenon going viral in Libya and elsewhere in the Middle East.

It is not only the physical harassment that women contend with in their daily lives here, but also the invisible impediments which women experience – be it challenges in the work place, career progression or pay equality to the social pressures of marriage, young war widows, domestic abuse, custody of children and familial responsibilities.

These issues are of course global and events such as International Women’s Day endeavour to encourage localised dialogue and solutions. Arguably, the very existence of such a day to mark and celebrate women, underscores the changes which must occur if women are to win back vast parts of the social terrain in Libya and elsewhere.

During my brief residence, I have befriended many truly inspiring Libyan women: an elderly lady from Benghazi who was the first female surgeon in Libya, artists striving to create a global platform for Libyan art work, female entrepreneurs capitalising on the nascent private sector, members of the Libyan ladies football team and dedicated volunteers who have established much-needed community projects to redress social imbalances – the list is indeed endless and for this Libya should be proud.

Libyan women are strong and kind and in the face of often countless social hurdles, are rising up in their own persistent revolution, to carve out a greater social space for themselves.

Last week I attended the opening of the Springboard Project, which is supported by the British Council in Libya and has successfully qualified a number of Libyan female trainers, who are based throughout the country and aim to socially empower and develop the skills of ordinary Libyan women.

Equally, at the end of this month I will be attending a conference in Rome organised jointly by the Minerva Project and LAW, which seeks to review the treatment of women within the Libyan judicial system. I am certain that the 10 Libyan women elected to represent their country in Italy, will shine a vital light on the prevalent issues surrounding the legal rights of women in Libya.

I am continually enthused by the women I meet here and although there is still a long way to go, I am certain that Libyan women, in line with this year’s International Women’s Day theme, will continue to “inspire change” for years to come.

Adela Suliman works for Clyde & Co Law Firm Tripoli and is a founding member of International Women in Libya (IWIL).

For more information on IWIL see their Facebook page: www.facebook.com/IWILibya or contact them by email on: [email protected]

There are a number of events organized today to mark the day, including: http://www.libyaherald.com/2014/03/05/international-womens-day-events-for-8-march/#axzz2vM4aBU5a

The views expressed in this opinion piece do not reflect those of Clyde & Co Law Firm, Tripoli nor of Libya Herald.