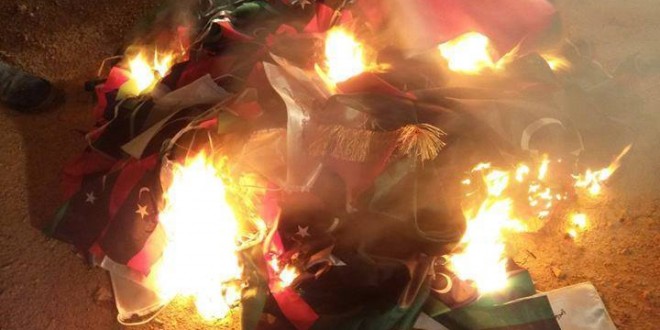 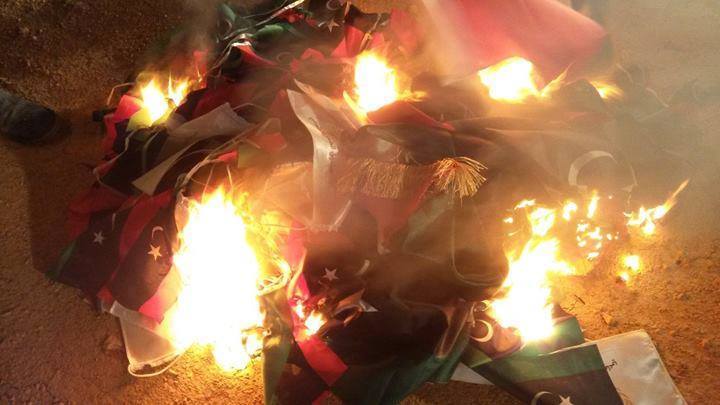 “A number of the independence flags were burnt the day before the third anniversary of the 17 February Revolution by a group of criminals who still support the former regime,” a member of Bani Walid Local Council, speaking on condition of anonymity, told the Libya Herald.

He confirmed that pictures and reports that had been circulated on social media networks were genuine and the incident was not just a rumour.

The town was not ignored by the government, he said, pointing out that, as part of a security boost, the government had provided 102 police cars to Bani Walid.

The town, however, continued to struggle with problems caused by Qaddafi loyalists from Bani Walid and some displaced people from Misrata, Tawergha and Tripoli, he said. He called on the government to take swift action to arrest them, as they destabilised security.

Even though he had been a political prisoner under the old regime, he said, he felt more scared now than he had before.