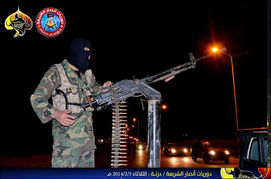 Derna residents live a life of fear. Al-Qaeda has transformed their eastern Libya port city into a new base for its global campaign and as the prime export centre for jihadists.

Known for its long history of fierce fighters and proud tribes, Derna has faced relentless violence. Now it will not have a say in national governance because it is too unsafe to vote.

The night before last week’s constituent assembly elections, six polling stations were struck by bombs. The High National Election Committee (HNEC) had rescheduled the ballot for Wednesday (February 26th), but the Derna Local Council said elections could not be held since no one was securing the polling centres.

“The government has failed in everything in Derna,” a source close to the council told the Libya Herald.

In just the last few days, the Derna port suffered a grenade attack and an armed group opened fire on security guards at the university.

The city of Derna endures bombings and assassinations amidst a suspicious silence from people who fear for their lives.

It has been four months since Ansar al-Sharia officially opened their Derna branch under the slogan, “A step toward building the Islamic state”. The al-Qaeda-linked group also set up new accounts on Twitter and Google Plus to promote their outreach campaigns.

Sufian al-Quma, an al-Qaeda figure and former chauffeur for Osama Bin Laden, runs a large section of the city of 90,000.

“Derna is captive to al-Qaeda,” 20-year-old Murad tells Magharebia. “Assassinations and bombings have also been occurring for a while in Derna, yet the media is silent and no one speaks about it.”

As to the armed Islamists, “The group doesn’t want any army; rather, they want to apply Sharia as if we weren’t Muslims,” local resident Feras Muftah says.

Another wanted terrorist, Ahmed Boukhtala, is also operating in the area, according to local resident Abdul Rahman Nasser.

Some suggest that Boukhtala could be behind the acts of terrorism in Derna, such as the killing of several civilians in recent days, because of ties with local extremists groups.

Boukhtala is accused of several crimes, including the 2011 murder of rebel military commander Abdul Fattah Younes and the attack on the US mission in Benghazi.

“Ansar al-Sharia and the Rafallah Sahati Brigade are there also, providing support and security for the perpetrators of assassinations. Since al-Quma and these militias are in Derna, no one objected,” Nasser adds.

As if the terrorist takeover of the town were not bad enough, the city’s young people are also prime fodder for jihadist recruitment, especially to fight in Syria.

“It is known that most of the youth of Derna who go to Syria join either Jabhat al-Nusra or Al-Qaeda in Iraq,” teacher Basma Alsultani from Derna explains.

The two sides are “now waging a bloody war against each other in Syria”, she continues. “This means that the young people of Libya who we think are heroes and mujahideen fighting to liberate Syria from Bashar are now killing each other.”

“It is not enough for them to kill each other here in Libya, they are also killing each other there in Syria,” she adds. “What is even worse than garlic is leek. Curses of God be on those who deceive gullible youth and tell them to fight in Syria, and then use them in terrorist wars where they are killing each other.”

Retired Derna resident Khairi Mozainy is angry over what the extremists have done to his city.

“Dogs of hellfire, they used verses from the Qur’an revealed against the infidels and polytheists and turned them against Muslims,” he tells Magharebia.

“I ask God Almighty to guide young people who do not know right. As for their leaders, like al-Quma, the stray one and those with him, the Kharijites who are misled and misleading people, I ask God almighty, Lord of the Great Throne, to precipitate their fall,” the retiree adds.

Rajab Mohamed from Derna agrees, saying: “He who kills soldiers, police and security services and every patriot in Libya and charges the State with apostasy is a Kharijite.”

“They will not spare believers and their only interest is corruption in the country and killing people treacherously and vengefully,” he warns. “They look like angels while harbouring hatred, treachery, and betrayal, as if people in this country were not Muslims and not Sunnis from the Umma.”

Daily life in Derna is a strange mix of normal activity and stunning violence. As local resident Fathi Meftah notes, “Business and transport are ok, but then assassinations and bombings are taking place randomly and without prior warning.”

According to the Derna man, citizens have a good idea what or who is behind the terrorism.

“Frankly, despite what is said about al-Qaeda in Derna, for they never claimed anything officially, it’s clear that it is the Islamist movement. There is a gap between what is said and reality,” he notes.

As to identifying the perpetrators of the crimes, he says: “Things are recorded ‘unknown’ because no one is investigating, neither the state nor the population of Derna.”

“I remain at a loss of what is happening in Benghazi and Derna,” he adds. “What is happening is foreign to the region. People here are good Muslims with good habits. We know each other through kinship, companionship, neighbourhood, or work. It is strange indeed,” he concludes.

Things are particularly hard for Derna women. Fatima Zahra, in her 30s, says: “Almost all women in Derna became widows, and all infants are orphans.”

“Next, the women of the city will have to work hard to feed their hungry sons and pay for their studies. Meanwhile the National Congress and the government are in a coma about the situation in Derna,” she says.

According to attorney Hatem Ahmed, the tragedy of Derna evolved in stages. “In the beginning, the assassinations were taking place in late night and early morning hours, and away from the crowds,” he explains. “The targets were limited to active members of the internal security service.”

“Next, the targets expanded to include all security and military elements who were active either in the former regime or after the revolution… civilian judges, activists, and dignitaries,” Ahmed continues.

But very soon, ” it will be killing at peak times inside houses and the targets will be all those who don’t share their beliefs,” he adds.

By Aya Elbrqawi in Benghazi