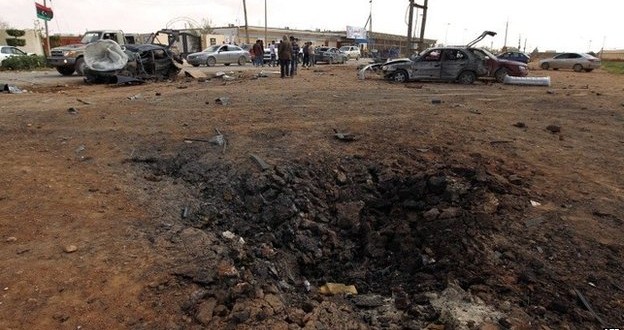 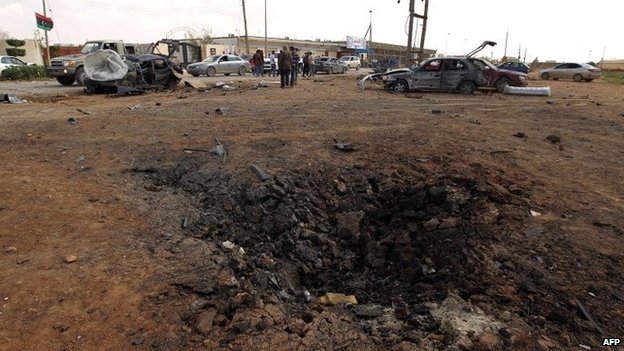 A car bomb at a military academy has left at least eight soldiers dead in the eastern Libyan city of Benghazi, medical sources say.

The attack targeted soldiers leaving a graduation ceremony. More than a dozen people were reported to be wounded.

Benghazi was the cradle of the 2011 uprising that toppled the 42-year rule of Muammar Gaddafi.

But since then it has been a focal point for attacks on public institutions and officials.

The government called the academy bombing a “terrorist act” and declared three days of mourning.

No group has said it carried out the bombing but Libyan security forces have long been battling Islamist militants in the city.

Benghazi is the largest city in eastern Libya, where some groups want more autonomy and a greater share of the region’s oil wealth.

In the past year none of the assassinations or bombings in Libya have been claimed by any group, and there has been no admission to Monday’s attack.