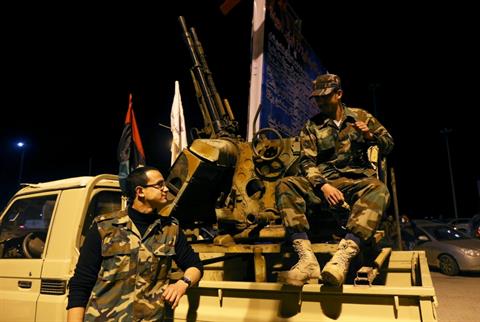 TRIPOLI: Libya will move the headquarters of a security force tasked with guarding oil facilities to the eastern town of Brega, home to a rebel force occupying oil ports, the government said on Wednesday.

The government did not explain the move in a regular cabinet statement but it meets a demand from port rebel leader Ibrahim Jathran. His main headquarters are in Brega near the Zueitina oil port.

Rebels and the government both have said they expect to agree on a deal to lift a blockage of major eastern oil ports.