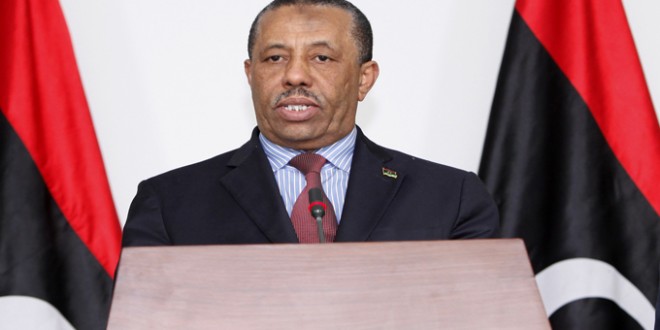 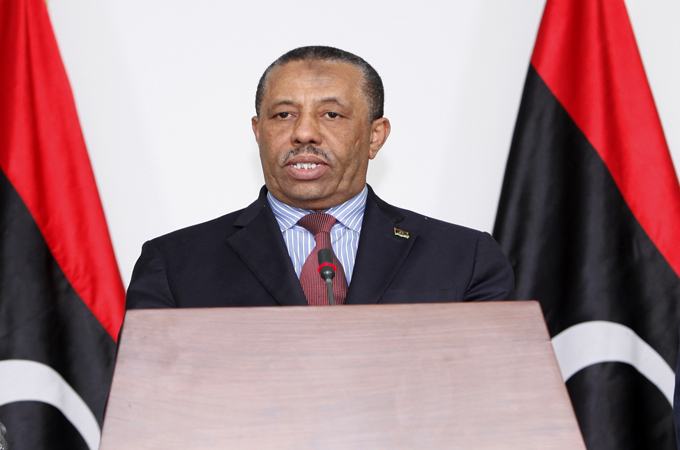 “The General National Congress (GNC) appointed Abdullah al-Thinni as the prime minister under a condition of forming a government within week,” Omar Hmeidan told Reuters news agency on Tuesday.

Once a cabinet had been formed, the congress would decide whether Thinni and his minister could stay until a general vote expected for later this year, he said.

Thinni’s had earlier written to parliament asking for more powers and a longer mandate but denied media reports that it had resigned at a time of deepening turmoil that has hit the North African state’s lifeblood oil exports.

The government in Tripoli has been strugging to enforce security across the country since the removal and death of Muammar Gaddafi nearly three years ago.

Several armed groups which had fought against Gaddafi’s rule have been seeking greater representation in the running of the government.

“The government refuses to continue as a cabinet in charge of day-to-day affairs with limited powers,” and may resign, GNC spokesman Omar Hmidan said, quoted by the official Lana news agency.

Last month the GNC ousted prime minister Ali Zeidan after the military failed to prevent rebels from sending a tanker loaded with oil out from a port they have blockaded.

The ship was later captured by US forces and returned to Tripoli.

Zeidan was temporarily replaced by former defence minister Abdullah al-Thani, whose government’s mandate is renewable every two weeks until a permanent replacement can be appointed.

Government spokesman Ahmed Lamin confirmed the cabinet had requested wider powers but denied it had threatened to resign.