On Sunday, residents of Tripoli were awoken by a very familiar sound, the last time they heard the sound of deafening fighter jets flying overhead was in 2011 as the North Atlantic Treaty Organization (NATO) took out a number of military targets belonging to long-term dictator Muammar Gaddafi in the capital. This time, the identity of the bombers remains a mystery.

The jets that circled for an hour and a half just past midnight on Sunday morning could be heard all around Tripoli, the sound of the engines accompanied with a number of loud explosions in the south of the capital took people from their beds to the roofs of their houses to try and get a glimpse of what was happening.

NATO forces are seen by some as responsible for the chaos Libya is in now “They bombed Gaddafi, but then they just left, did they really think we could do it on our own?” said Omar a resident in Tripoli.

“It would be good if they are coming to sort things out now,” he added.

With conflicting statements of what happened that night, or who was behind the events, Libya’s rumour mill steamed into action. Debates of whether it was Libyan or foreign were settled quickly – at least for Libyans – as one post on Libyan social media put it: “If the rockets launched hit powerfully and landed on the targets it’s foreign, if they kind of popped and landed on a pile of rubbish three miles from a militia base, it’s Libyan.”

The jets had hit their targets, the targets being a base of Islamists-led militias from Misrata – a business city 200 km east of Tripoli – according to Misrata militiaman who thought the attackers were Algerian. “They supported Gadddafi against us, so it’s most likely them,” said the militiaman. The militia Libya Shield – the largest single militia in Libya – have been in the capital for the last 3 months. They were among the groups who initiated attacks that have raged on ever since clashes in Tripoli a month ago. “They only hit a few ammunition bunkers, but two men were killed,” said Abubaker al-Huta, an operations manager with the Libya Shield’s barracks in Tripoli.

As for the militia they are fighting, from the mountain town of Zintan, the news was met with great delight, “Allah Akbur (god is great),” said Othman Mliegta a commander with Zintans Qaqaa militia in Tripoli as he spoke to me over the phone the night of the attack.

“That is the Libyan army, that’s all I can say for now.” he added.

“As the fighting continues, as do our lives,” said Fathi al-Habeshi, a businessman in Tripoli today (Tuesday) while at the wedding of his daughter in Tajoura, north east Tripoli. The wedding was drowned in the constant sound of distant bombardments as rival militias from Misrata and Zintan launched rocket after rocket at each other in a further attempt to take over Libya’s fragile capital. The main topic of discussion while they awaited their lunch regarded the jets and the shots taken at the militias.

“I think the jets were western, probably the US,” says Mohamed, one of the cousins at the wedding. “They are operating in Iraq so it would make sense,” he added.

“I don’t care who it was, I hope they come and wipe out the rest of them,” said Ahmed the brother of the bride.

In May, retired general Khalifa Heftar launched a strong offensives against Islamist militias who came to power after the revolution in 2011 that had ousted dictator Muammar Gaddafi, who had been in power 42 years. But Heftar did so without the consent of the Libyan government.

The battles have rendered Tripoli and Benghazi unsafe for the House of Representatives (HoR) to conduct their work, according to HoR member Younis Fanoush.

Heftar, who has used Libyan Army air-crafts in his attacks in Benghazi, claimed responsibility for the attack on the Islamist forces in Tripoli through spokesman and airforce commander Sagar al-Jaroushi. Jaroushi said the jets were Libyan but had the assistance of a foreign force whom he did not name.

Local journalist Mustafa Mohamed thought they must have been foreign jets. “Foreign forces are now getting involved in a semi exposed manner,” he said.

“These strikes in Tripoli were much more precise than the jets that targeted Islamists in Benghazi which we know are Libyan,” he added.

It’s still unclear where the jets came from. The Libyan Revolutionary Ops Room (LROR), an Islamist led militia in Tripoli responsible for the kidnapping of ex-PM Ali Ziedan, said in a statement they believed the jets left from Zintan and that they were assisted by “Ukrainian pro-Gaddafi mercenaries they had detained during the revolution in 2011.”

The battles between militias in Tripoli and Benghazi continue as do the rumours in Tripoli of who these jets belonged too. 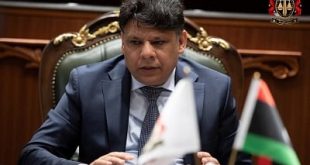