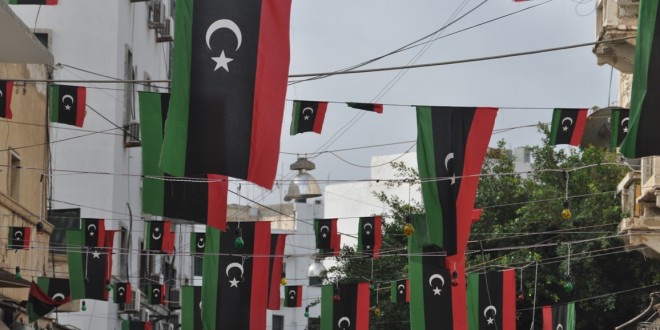 Libya’s House of Representatives named a new military chief of staff on Sunday (August 24th), in a bid to rein in relentless militia violence. Colonel Abdel Razzak Nadhuri replaces General Abdessalam Jadallah al-Obeidi, who was sacked by the Tobruk-based legislature.
“Nadhuri secured almost 90 MPs of the new parliament in Tobruk,” noted Ahmed Masood Elourfi, a 26-year-old employee at a tourist company. “He is a graduate of the military establishment, and gave one of his children as a martyr.”
The move came as Islamist militias openly challenged the legitimacy of the Libyan parliament. The House of Representatives fired back and designated the militias as terrorist groups. “The groups acting under the names of ‘Libya Dawn’ and Ansar al-Sharia are terrorist groups and outlaws that are rising up against the legitimate powers,” parliament charged in a statement, adding that it was determined to deal with the challenge through the regular armed forces.Libya Dawn is a coalition of Islamist militias, mainly from Misrata, while Ansar al-Sharia controls around 80% of Benghazi.

According to parliament spokesman Adam Salah, the Libyan state and its legitimate institutions are fighting a war against “terrorist groups outside the law”. Islamist militias in the capital have laid waste to the international airport and surrounding neighbourhoods, which they captured on Saturday. Meanwhile, citizens are speaking out about the decision to designate some militias and Islamist movements as terrorist groups.
Moadh Abdullah, a human rights activist, said, “The House of Representatives declared that militants of dawn of Libya and Ansar al-Sharia are terrorist groups and supports the army to fight them. This is very good, but who supports terrorists in Libya?”
“We must issue an international arrest warrant against terrorists and keep them out of Libya and stop their financial support and most importantly bomb their camps and arms depots in Misrata, their stronghold and the headquarters of these terrorist militias,” Abdullah stressed.
For his part, Professor Mahmoud Faraj Al Mansouri, said, “The House of Representatives should have classified the Muslim Brotherhood a terrorist group and quite frankly, why dread it?”
“Libya is on its way to partition and you will see that we will not accept to be ruled by rogue Misrata and its pseudo-Muslim allies, especially after the announcement of the new parliament,” he added.

Security Forces
All
2014-08-26
activate
Previous Libya’s neighbours meet in Cairo in bid to contain Libya’s conflict
Next Libya's future hangs in the balance, as US decries joint Egypt and UAE airstrikes