Home / Normal / Libya's future hangs in the balance, as US decries joint Egypt and UAE airstrikes 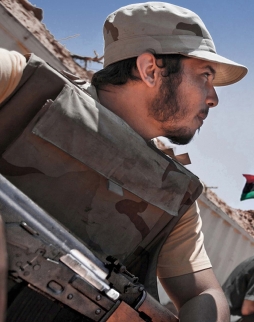 Libya's future hangs in the balance, as US decries joint Egypt and UAE airstrikes

An inability to accept defeat has led to civil war in Libya, according to analysts who say the country faces partition or complete disintegration

الوضع الأمنيعلاقات دولية و تعاون
All
2014-08-26
activate
Previous Libya names new army chief to take on Islamists
Next Joint Statement on Libya by the Governments of France, Germany, Italy, the United Kingdom, and the United States