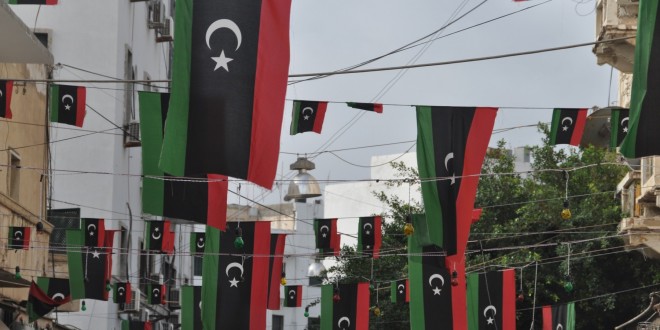 Egyptian President Abdel-Fatah Al-Sisi is to propose a number of measures to the UN to bring about stability in Libya. Potentially the most controversial suggestion in his ten-point plan is that a committee of Libya’s neighbours oversee the country’s transition to stability.

The plan was leaked in Cairo before Sisi met with the President of the the Libyan House of Representatives yesterday for talks on the Libyan crisis. Ageela Saleh, who returned to Tobruk this morning, was accompanied in the talks by the new Chief of Staff, Major-General Abdul Razzaq Nazhuri, and Foreign Minister Mohamed Abdulaziz.

Egypt, Chad, Tunisia, Algeria and Sudan met in Cairo on Monday to discuss ways in which they could end the violence in Libya. They fear the current instability could spill over into the wider region. Delegates had already commented that any further escalation could prompt a foreign intervention.

It is these countries which would, as a part of the Egyptian plan, oversee the implementation of the proposals. This would include preparation for a meeting of the House of Representatives with senior officials from the five neighbouring countries.

Sisi is set to notify the United Nations Security Council, the UN General Assembly, the African Union and Spanish government of the plan. The latter is hosting the Madrid Ministerial Conference on International support to Libya on 17 September. It is the latest gathering of “Friends of Libya”, the last being in Rome in March.

The Egyptian plan calls for, in the first instance, an immediate ceasefire and an end to all military operations, allowing for a national dialogue in Libya. The end of this process should bring about a new constitution and national reconciliation.

It stipulates that all militias and armed groups will permanently disarm and that the army, police and legitimate democratic institutions in Libya, including the House of Representatives, be supported. It also calls for the close monitoring of arms moving in and out of the country with shipments to be authorised only by the government and the UN Security Council’s Sanctions Committee.

While rejecting any interference in Libya’s internal affairs, the neighbouring countries have decided that a system of sanctions should be set up to to target groups and individuals that disrupt the democratic process in Libya or supply armed groups with illegal arms shipments.