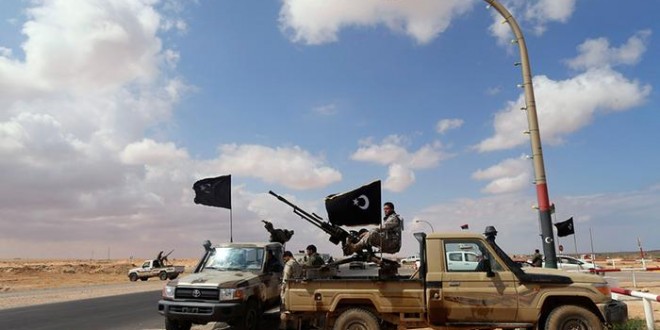 The comments were made during an Egyptian cabinet meeting as Foreign Minister Sameh Shukri reported back on Monday’s and Tuesday’s talks in Cairo between Libya’s neighbours. The announcement was a swipe at claims published in the New York Times yesterday that Egypt had collaborated with the UAE to launch bombing raids on Tripoli.

The US State Department has meanwhile distanced itself from the statements made by American officials who had said they were surprised to learn of the airstrikes. Speaking at a press briefing yesterday State Department spokesperson Jennifer Psaki said it was “understood” that Egypt and the UAE had launched the strikes but that questions abut it should be referred to the two countries.

The General National Congress (GNC), which attempted to reinstate itself as Libya’s legislature two days ago, has attributed the airstrikes to Egypt and the UAE, condemning them as a “flagrant violation of national sovereignty”. It said they contravened UN and Arab League conventions and called on its Arab neighbours to respond to the aggression.

Following the strikes, Libya Dawn immediately accused the UAE and Egypt of involvement. It was the first time the Emirates had been implicated in such attacks. Senior Libyan officials previously stated they believed either Algeria or Egypt to be involved.

Egypt, Chad, Tunisia, Algeria and Sudan have met in Cairo to discuss ways in which they can help put an end to violence in Libya. They fear the current instability could spill over into the wider region. Delegates have already commented that any further escalation could prompt a foreign intervention.

The House of Representatives, based in Tobruk, earlier this month requested a foreign intervention. The request was rejected by the Arab League and by many bodies in Libya.

Similarly France, Germany, Italy, the UK and the US have said that they believe that outside interference in Libya would only exacerbate the current divisions within the country and undermine Libya’s democratic transition.

International Relations and Cooperation
All
2014-08-28
activate
Previous Backdrop to an Intervention: Sources of Egyptian-Libyan Border Tension
Next UNSC Resolution 2174 on Libya