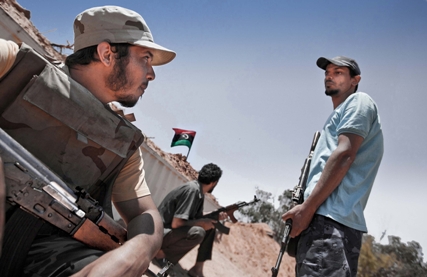 Amid fears Islamic State (ISIS) fighters are inspiring jihadists outside the Middle East, analysts warn the group has emboldened extremists in the Sahel-Sahara zone.

Islamist groups who belong to the al-Qaeda franchise have already firmly implanted themselves across swathes of territory. This ongoing threat, combined with the advance of ISIS, prompted the African Union on September 2nd to hold its first-ever conference on terrorism.

“The scale and sophistication of recent attacks, along with the increased regionalisation of terrorism by Boko Haram, al-Qaeda in the Islamic Maghreb (AQIM) and al-Shabaab, demand a more robust collective response, both at the regional and continental level,” the Institute for Security Studies (ISS) said in a recent paper.

The African Union summit in the Kenyan capital began hours after a US drone strike in Somalia killed Ahmed Abdi Godane (aka Mukhtar Abu al-Zubayr), the commander of al-Shabaab.

“We are concerned about the peace and stability of our continent,” Chadian President and AU Security Council chief Idriss Déby Itno said as he opened the Nairobi event.

Just a few weeks ago, the council issued a comprehensive report on Sahel security dangers.

“The link between terrorism, drug trafficking and cross-border crime gives the armed terrorist and criminal groups the capacity of regeneration and nuisance that threatens all the countries of the Sahel and beyond,” the August 13th report said. “This situation is worsened by the porous nature of the borders and weak capacity of states to cope with it.”

“The continued deterioration of the political and security situation in Libya compounds the security concerns in the region,” the AU report added.

For Maghreb countries, there’s yet another problem.

Morocco seized a record 226 kilos of cocaine, with an estimated market value of some 20 million euros, police said on Monday (September 8th). The drugs were hidden in cases of fish inside a refrigerated lorry that had come from the south of the country.

The incident highlights the nexus between drugs, crime and border security in the region. Not only are illegal drugs making their way across Maghreb borders, proceeds from drug sales help fund terror operations. And the ties between terrorists and drug lords span the globe.

There’s even a nickname for how cocaine gets to Africa from South America.

According to the Mediterranean Company of Analysis and Strategic Intelligence – CMAIS – the route is dubbed “Highway 10”. The name refers to the 10th parallel: the shortest path between the continents, whether by sea or air.

The drugs move through the Maghreb, then on to Europe.

Tunisia’s frontiers are hotbeds for extremists, jihadists and criminals, the International Crisis Group pointed out last fall. Hard drugs, weapons, and explosives were entering Tunisia on a regular basis from Libya, the research body said in a detailed report, calling the phenomenon “Islamo-gangsterism”.

“Terrorist movements and smuggling networks have entered into a tight relationship in the border areas, especially in areas that are clearly underdeveloped,” the report said.

Drug traffickers smuggle cocaine through the Sahel with the help of terrorists, using caravan routes. And this criminal partnership is providing deadly extremists with yet another source of revenue.

Islamist groups in the Sahel, such as AQIM, MUJAO, Ansar al-Dine and Boko Haram, are running thanks to profits from cocaine.

“There is an established connection between drug traffickers in Latin America, including Colombia, and armed gangs in the Sahel region. Large quantities of drugs are coming from Latin America, either by plane or by boat,” he underlines.

Terrorists profit in several ways from their partnerships with drug traffickers.

“Because they exchange their drug transportation service for weapons, telecommunications technology, etc. This enables them to send recruits to be trained in Syria and other regions, to spread propaganda on the internet, to print pamphlets, make videos, distribute tapes and so on,” he explains.

And the Sahel-Sahara has proven to be a boon for foreign drug lords, notes another top regional security analyst,Mohamed Benhammou.

“This route makes it possible for drugs such as cocaine to be trafficked from Latin America to countries in West Africa, the Sahel and the Sahara,” Benhammou continues.

“A kilogram of cocaine now changes hands for between 26,000 and 27,000 euros in the countries of the Sahel and the Sahara,” he says.

After the cocaine arrives, it is moved on ancient caravan routes by armed gangs operating under the protection of jihadists.

These trafficking cartels have found support from the very active networks in West Africa and the Sahel and Sahara, Benhammou says.

“It’s an area that used to see a lot of smuggling of cigarettes, fuel, food and other items… so smuggling is very well established,” the analyst adds.

According to Khalid Chegraoui, a professor at the Institute for African Studies, trafficking from the Sahel towards North Africa and Europe has grown steadily over the past few years, primarily due to the arrival of jihadist groups.

“Many members of these movements were and still are well-known traffickers, such as Mokhtar Belmokhtar, who was a big cigarette-smuggler in his early days and is now one of the leaders of terrorism in the Sahel and Sahara,” Chegraoui says.

“With the emergence of sophisticated new technology to maintain security and monitor European borders, South American drug barons exploited the areas of lawlessness that arose after the events in Libya and Tunisia in 2011 to create new drug trafficking routes to Europe,” he says.

The situation of instability and insecurity has created new players, he notes, adding that considerable amounts of money have been used to buy the co-operation of local communities, which have become links in the drug trafficking chain.

“With the money generated by the trafficking of drugs, especially cocaine, the complex terrorist web is now becoming a major threat to the strategic balance of the Maghreb. It is also one of the main causes of instability in the Euro-Mediterranean region,” the former minister tells Magharebia.

“The role of terrorist groups is no longer limited to protecting convoys that transport drugs to Libyan and Tunisian ports. It has now expanded to controlling the trade in drugs and other illegal items,” Ben Salem adds.

The arrival of the terrorists boosted trafficking, Chegraoui adds. “This has enabled the Islamist groups that are directly co-operating with the cartels in Latin America to keep going, and has side-lined local populations, making them mere smugglers,” he says.

At the African Union summit, Chadian President Idriss Deby drove home the danger: “The attacks in the Sahel region, terrorist acts of the Boko Haram in Nigeria and other parts of west Africa… only motivate us to intensify efforts to combat this scourge.”

“Terrorism and organised crime compels us to take common action,” he said.

Imrane Binoual in Casablanca contributed to this report for Magharebia

Border ManagementSecurity Situation
All
2014-09-12
activate
Previous Libya hopes to hold constitution vote in December
Next The Islamic State: Why Africa should be worried