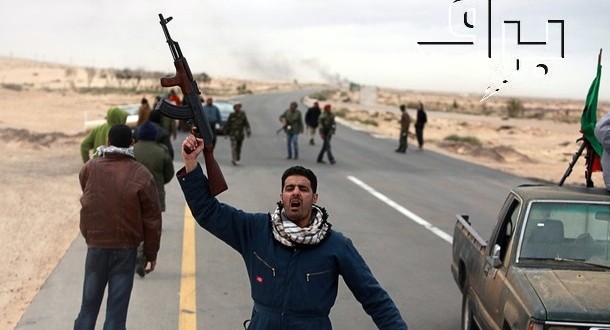 Militia groups who are in control of Libya’s two main cities denounced on Tuesday the UN-brokered talks aimed at bringing together rival groups from within the House of Representatives.

The talks on Tuesday brought together mainstream delegates from the House of Representatives (HoR) with a group of HoR officials who had been boycotting the parliament’s sittings in the eastern city of Tobruk.

The House of Representatives was elected on 25 June and has won recognition from the international community.

However, it is contested by the General National Congress, a rival parliament whose mandate elapsed months ago but which resumed its meetings in militia-held Tripoli in August.

Talks were held in the far south-western town of Ghadames, following marathon shuttle diplomacy by UN mission chief Bernardino Leon, and were attended by representatives from Britain and Malta.

Leon described the talks, which seek to stabilise the knife-edge political situation in Libya, as “positive” and “constructive.”

Leon told Al-Jazeera that he had been surprised at the level of open dialogue during the talks, with opposing delegates choosing to sit next to one another rather than in separate groups.

A group of the fringe HoR delegates who had been invited to join the talks refused to go, choosing instead to hold a separate meeting in Tripoli on Monday night.

One of the HoR boycotters who refused to attend Tuesday’s talks, Abdel Rahman al-Sawihli, told pan-Arab daily al-Hayat that any decision taken as a result of the negotiations would not be binding because not all parties were invited to the discussion table.

“Any document signed in Ghadames will not be binding on anyone, because the delegation that attended the talks does not represent Libya Dawn.”

On Tuesday the Libya Dawn militia coalition that controls Tripoli denounced the dialogue in a statement, declaring that it would continue its “military operations.”

The group had called for a demonstration outside the UN’s headquarters in Libya on Monday in protest at the planned talks.

Further east, the Shura Council of Benghazi Revolutionaries, which comprises various militia groups, issued their own statement dubbing the initiative as “unfair.”

For its part, the Dar al-Ifta, the country’s highest religious authority, called for the “suspension” of the talks, and warned of the “dangerous decisions” of the new parliament.

Dar al-Ifta, which has been regularly criticised for interfering in politics, is widely considered to be a supporter of Libya Dawn in the capital and the Islamist militants in Benghazi.

The House of Representatives has previously threatened Sheikh Sadiq al-Gheryani, who heads the body’s supreme council and is considered among Libya’s most prominent clerics, with dismissal from his post as grand mufti over his “irresponsible stance” in Libya’s bloody conflict.

In a statement published by Dar al-Ifta on Tuesday, it singled out for criticism the parliament’s decision to declare groups it considers “revolutionaries” to be “terrorists.”

The majority faction of the new parliament has been meeting in the far eastern town of Tobruk since the Islamists and their allies took control of Tripoli last month.