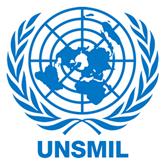 In what may signal a rift between the revolutionary brigade and its partners in the Libya Dawn Operation, Libya Shield Central has said it remains open to involvement in any further potential peace talks.
Speaking on Libya Al-Ahrar yesterday, Mohamed Hideyah, the spokesman for Libya Shield Central forces, said brigade commanders had formed no official opinion on UN-hosted peace talks in Ghadames.
Hideyah stated that the Misrata-based force was neither for or against joining the negotiations.
The clarification has been seen as a direct response to a statement released earlier in the week by Libya Dawn, the coalition of Islamist-leaning forces with which Libya Central Shield wrestled control of Tripoli International Airport.
Libya Dawn has said no negotiations could stand as an obstacle to a military solution to the current stand-off. It has insisted that its operations alone would maintain the legitimacy of the February Revolution.