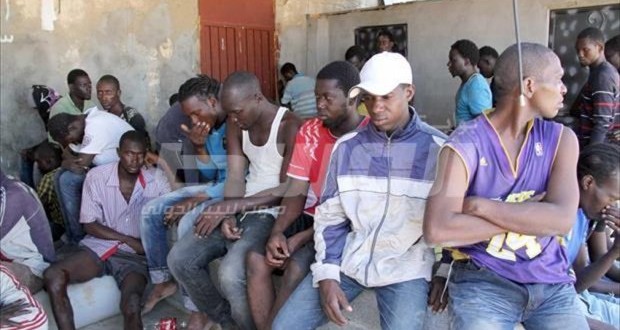 Libyan authorities have found dozens of illegal migrants, mostly Palestinians and Syrians, dead off Libya earlier their month after their boat sank due to technical problems, an international rights watchdog said Tuesday.

“The boat which is believed to have carried 200 migrants sank in early October due to a technical problem two days after sailing from a port near Tripoli,” Ramy Abdu, chair of Euro-Mid Observer for Human Rights, told Anadolu Agency on phone.

According to initial information, he said, most of the boat passengers were Syrians and Palestinians who fled the Syrian conflict. The boat carried 10 Palestinians from Gaza and some African migrants as well, he added.

The Libyan authorities are yet to comment of Abdu’s claims.

Last month, at least 15 Palestinians from the Gaza Strip drowned off the coast of the Egyptian coastal city of Alexandria after their boat sank while en route to Italy.

Another boat said to have been carrying more than 400 illegal migrants, mostly Gazan refugees, sank off the coast of Malta last week. Most of the migrants are feared to have drowned.

Accounts from survivors suggested that human traffickers had intentionally sunk the boat by ramming it after the would-be migrants refused to board a smaller vessel.

The International Organization for Migration said last month that 2014 has been the deadliest for migrants trying to reach Europe via the Mediterranean Sea.

The organization’s Head of Research and Publications Frank Laczko said on Monday that 3,072 migrants died crossing the Mediterranean in the first nine months of 2014.