Home / Normal / Reporting the facts in an hostile environment 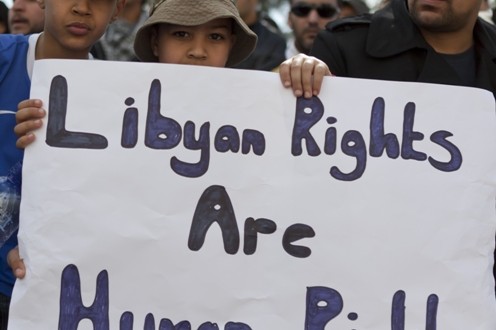 Reporting the facts in an hostile environment

Reporting the news in Libya has become a difficult and dangerous job, as political polarisation and intolerance have risen. A three-week course run in Tunis by BBC Media Action for 25 Libyan journalists has highlighted the challenges.

The freedom of expression that was a key aim of the Libyan revolution, is essential to the future development of Libya, said Andrew Allen, deputy ambassador at Britain’s Libyan embassy which is currently relocated in Tunis. “The situation of the media in Libya is now very concerning,” said Allen. “Journalists have become caught in the conflict. The increasing attacks, assassinations and intimidation against journalists and media outlets are unacceptable”.

Allen went on to say that media polarisation and lack of impartial reporting was helping to fuel the current conflict .

Journalists from TV, print and online media, including the Libya Herald, took part in the course. Training covered a range of areas, among which was news gathering in a hostile environment. There were talks from from Tunisian journalists who spoke of how their country’s media had coped with divisions which had not however de-railed its path to a functioning pluralist democracy.

Anne Reevell, Country Director BBC Media Action in Libya, who ran the course, told this newspaper “It was really quite remarkable to hear about the  real challenges that these journalists are facing in their work now”.

Reevell said that the training, which was funded by the British Foreign and Commonwealth Office,  the UN Development Programme and the US-Middle East partnership Initiative (MEPI), had also been a learning experience for her.

“They [the journalists] showed great courage. They displayed a great desire to carry on reporting for the Libyan people.  One of the things that we talked about was telling the Libyan story as it is and not through opinion and hate-speech; trying to report the facts as they are. We also wanted to explore ways to create new platforms for journalists”.

Reevell said that the course was part of a rolling programme planned by the BBC to work with Libyan journalists. The Tunis training was also supported by the Institute for War and Peace, the Rory Peck Trust, Democracy Reporting International and Reporters without Borders.