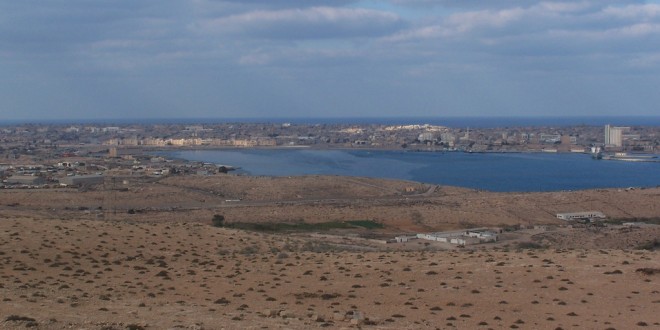 The Foreign Media Department belonging to the Hassi administration has condemned UN Special Envoy to Libya Bernadino Leon, claiming he “disrespected” the country’s laws and did not wanting dialogue with the current power in Tripoli: Libya Dawn. It has also said that if he continued to the policy, he would not be welcome again and court action would be taken against him.

“He doesn’t want dialogue with people in Tripoli,” new Head of the Foreign Media Department Jamal Zubia told the Libya Herald today. “We say yes to dialogue, but you must respect us. If he does not respect the government, he is not welcome here.”

The Hassi administration appears to have taken offence because its permission was not sought when at the end of Leon’s visit to Tripoli last week he held a press conference.

“Leon arranged a press conference in Tripoli without telling the government but the law says he has to inform us,” Zubia insisted. “Leon is from the UN and, if the UN does not respect the laws of the country, it is a big disaster.”

He added that Leon had contacted individual journalists to invite them to the press conference and that the first he had known about it was when he saw it being broadcast on a television channel. He said he phoned the Ministry of Foreign Affairs who had also received no information about the conference.

“We have sent a formal letter to his media department explaining everything, saying that what he was doing was breaking the law and, if he does the same again, we will send him to court,” Zubia said.

“We are responsible for everything to do with the press and especially foreign media. So we have to know what is going on.” He added that he had requested a meeting with Leon to discuss these matters.

He also said that, if the same thing happened again, journalists would be warned not to attend future such press conferences. “Any journalist who breaks the law is not welcome. This is the same as everywhere. We are a normal country,” Zubia declared.

He accused Leon of being biased against Omar El-Hassi’s Tripoli-based “government”, which the international community refuses to recognise. It accepts only the Tobruk-based House of Representatives and the Thinni government appointed by it, and has steadfastly refused to have any dealings, including any meetings, with the Hassi administration.

“Another problem is that many times Leon announces things and says things that undermine our freedom fighters,” Zubia complained. “But they have power on the ground,” he noted, adding that “he never discussed things with Fajr Libya, never managed things through them.”

He pointed out that many people in Tripoli were now saying that Leon was no longer acceptable, citing recent demonstrations in the city in which, he said, protestors had said he was not welcome in Libya.

At a protest on Friday, the country’s controversial Grand Mufti Sheikh Sadik Al-Ghariani described Leon as “undesirable” and accused him of being biased in favour of the government and parliament now based in Tobruk.

For his part, Omar Al-Hassi, also accused Leon of bias in an interview with Aljazeera last week, saying that the UN Special Representative did not “see the truth” of what was happening. He too stated that complaints had been made to the UN.  He did not , however, as has been reported on social media, say that Leon was unwelcome in Libya.