Home / Featured Articles / Interview with Mohamed El-Ghirani, Foreign Minister of the “Government of the National Salvation” 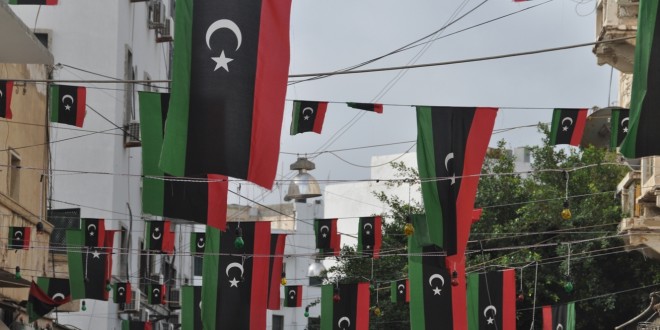 Interview with Mohamed El-Ghirani, Foreign Minister of the “Government of the National Salvation”

Mohamed El-Ghirani is the Minister of Foreign Affairs of the “Government of the National Salvation” appointed by the rump GNC. A teacher of Islamic studies, he was Libyan Ambassador in Jordan until this summer. He explains his views on Libyan issues. In an interview that took place 4 November in Tripoli before the controversial Supreme Court decision about the House of Representatives, he presented his bullish views on the issues confronting Libya at present.

On the Supreme Court decision: “The HoR has taken illogical decisions.”

Everything is clear for us regarding Supreme court decision. We don’t recognise HoR decisions [as legitimate] because it never completed the handover with the GNC. Moreover, the HoR has taken illogical decisions such as calling for an international intervention that no normal people can accept.

They have stolen the legislative body by moving to Tobruk, very, very far from the capital. Moreover, former officials from Qaddafi regime and the two militias Qaaqaa and Sawaiq helped HoR to make this coup. And they chose Tobruk as a capital because the town is under Egyptian influence. The HoR asked Egypt and UAE for protection. Libyans are wondering why HoR supports [Khalifa] Hafter who is against 17 February Revolution. He is killing Libyan youth in Tripoli, Benghazi and Derna. Why does he do that? Is it really because he hates Muslim Brotherhood? Or is it for the money?

On the influence of foreign countries: “The only reason of UAE’s hate is Libyan economical assets”

Libya is an important country because of its geopolitical situation. It could be the link between Africa and Europe. That is why Libya can be a threat for countries like Egypt and UAE, especially in the economical field. If Libya is stable, there will be a economical boom to the detriment to other countries. The only reason for the UAE’s hate [of Libya] is Libyan economical assets.

The UAE have been built by foreigners, not nationals. If you walk on the streets over there, you will never see any Arabs. There are only foreigners. I can predict that if there is a democratic vote [in the UAE] in 20 years, foreigners will get the majority. It is a fake country which has no sovereignty. It is not United Arab Emirates, but just “the Emirates”. They have a lot of money so they can spend to threaten Libya.

Egypt protects the HoR. The country is used to making coups and to prevent revolution. For our part, we’re working to correct the path of 17 February revolution.

On the United Nations : “Leon’s speeches are irresponsible”

We used to complain of Tarek Mitri. We welcomed Bernardino Leon. But the man has changed. He is not neutral anymore. His speeches are irresponsible. He says it [the issue of the HoR] is a political issue but it is just a legal one. He is now persona non grata in Libya because of his biased statements.

On Terrorism: “Ansar Al-Sharia is not listed as a terrorist group”

We are fighting terrorism because we suffer from it; Qaddafi who was a terrorist. He spread terrorism everywhere in the world. He terrorised Libyans for 42 years. The USA and EU know that. We are fighting all the groups labelled as “terrorists” by the UN Security council. I insist on the fact that Ansar Al-Sharia is not listed as a terrorist organisation (by UN although USA did in January 2014).

On Khalifa Hafter: “He is a sick general”

Hafter is a retired, aggressive and sick general. He bombs Benghazi. He kills civilians. He destroys homes. Inhabitants have to flee before his army kills them. Hafter hasn’t managed to enter Benghazi directly, thanks to our fighters. But Hafter has support from Egyptian President (Abdel Fattah) Sisi’s government and he pays mercenaries. Hafter uses “terrorism “to convince Western countries to support him. So, he claims that Ansar Al-Sharia or even 17-February revolutionaries are terrorists. Is not it terrorism to bomb civilians in Benghazi with foreign support? Abdullah Al-Thinni and Ali Zeidan accused Hafter of organising a coup in February 2014. But now, they say he’s not a terrorist.

On illegal migration: “We cannot make it disappear entierely but we can reduce it”

Illegal migration is a huge pledge. It’s necessary to fight it but we have very long borders. We have to work with all the Mediterranean countries to fight illegal migration. We can’t make it disappear entirely but we can reduce it. We’ve created committees to monitor migration. But Libya is only a stage for illegal migrants who want to reach Europe. So we need logistic help from European countries. We should implement social projects in the African countries to stop migration. We’re doing a very serious job on that. Unfortunately, I was prevented from traveling to Europe to talk about that issue because countries don’t recognise us. But it will change when Supreme Court rules in our favour.

On Libyan diplomacy : “We want to keep an eye on Egypt and UAE”

This was stated by Sofian Treki, head of Administrative and financial department in the Hassi government’s Ministry of Foreign Affairs

In total we have 1,800 employees. Just 10 or 15 left Tripoli to work with the government in Tobruk. But we have an office in Tobruk and the staff there has to work with Thinni’s government. The Tobruk foreign affairs office is really small.

All the diplomats abroad are working for the Government of National Salvation. We haven’t closed any embassy, even in Egypt or UAE, because we don’t want to cut completely the relations with these countries. We want to keep an eye on the situation there. We want to keep the relationship with these countries. We haven’t dismissed any ambassador, even in Egypt, although the ambassador in Egypt does not come from the diplomatic service. He was nominated two years ago but he doesn’t belong to the Ministry of Foreign Affairs.