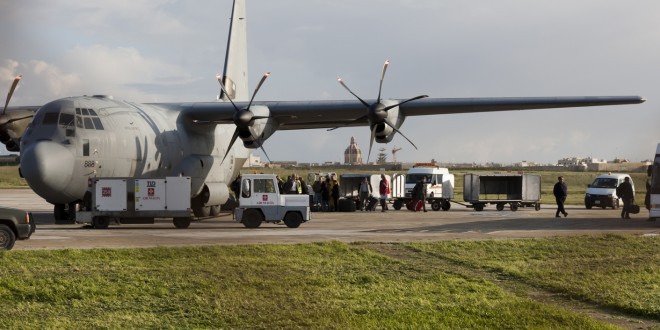 The Libyan parliament based in Tobruk threatened on Wednesday to close the airspace controlled by the National Salvation Government in Tripoli, Anadolu news agency reported.

In a statement, the disputed parliament said that it would “close the airspace … in response to the continuous terrorism of the (side) controlling Tripoli.”

The parliament in Tobruk controls the eastern part of the country, whereas the government in Tripoli, headed by Omar Al-Hassi, controls the capital and other Libyan cities.

The Tobruk-based parliament, which was recognised by the UN as Libya’s official government even though it does not control most of the country, said that it would ask the Global Aviation Administration or the Global Airports Organisation to enforce a no-fly zone.

Earlier this month, the Libyan Supreme Court ruled that the parliament in Tobruk, despite being elected, was in fact unconstitutional and thus invalidated it. This happened after the parliament asked foreign powers to intervene in Libya’s political crisis, leading to suspected airstrikes by Egypt and the UAE against Libyan factions, further deepening the political crisis in the country.

According to Anadolu, the disputed parliament’s second deputy, Hamid Homa, wrote on Facebook that the statement came after certain parties attempted “to occupy” the airspace monitoring the centre of Tripoli to undermine flights coming into and out of the city.

This act was described as an attempt to divide Libyans. “This step was carried out by Al-Hassi’s government and the Fajr Libya group,” the statement claimed. “It aims at dividing the country and the people of this country.”

The statement also accused Fajr Libya of attempting to kidnap a plane carrying parliamentarians heading to the city of Gat on an official visit. The group reportedly threatened to down the plane.

The government in the capital has so far not commented on the latest developments.