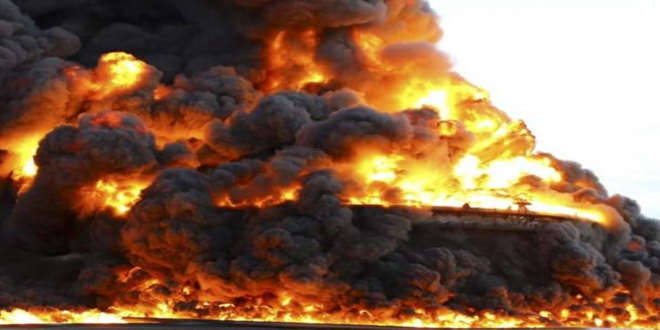 Forces loyal to Libya’s internationally recognised government have for the first time carried out air strikes on targets in the third largest city of Misrata, which is allied to an armed group that seized the capital in the summer.

The internationally recognised Prime Minister Abdullah al-Thinni has been forced to run a rump state in the east since a group known as the Fajr Libya (Libya Dawn) took control of Tripoli in August, setting up a rival government and parliament.

Residents said Sunday’s air strikes hit the school of aviation close to Misrata airport, the port and a steel plant.

Ismail Shukri, a spokesman for forces allied to Libya Dawn, confirmed that air strikes had taken place but said they caused no damage.

The North African country, a major oil producer, has been engulfed in fighting between the two sides, each with its own government and parliament.

Colonel Ahmed Mesmari said the strikes were in response to a renewed attempt by the Fajr Libya on Sunday morning to seize the key Al-Sidra oil export terminal.

Fajr Libya has been attempting to take Al-Sidra and the nearby Ras Lanuf terminal since Thursday when it killed at least 22 soldiers in a surprise attack by speedboat.

Seven of the 19 oil tanks at Al-Sidra were ablaze on Sunday as a result of the fighting, an oil official said.

According to oil industry experts, Libya’s oil production has dropped to less than 350,000 barrels per day, compared with 800,000 previously, since clashes first erupted around the export terminals on December 13,

Since Muammar Gaddafi was ousted in 2011, Libya has failed to attain stability. Former rebel brigades that once fought side by side have now turned on each other, aligning themselves with rival political factions in a scramble for control.

Misrata, 200km east of Tripoli, is linked to Libya Dawn and home to a major sea port and free trade zone.  The city had so far escaped the fighting that has threatened to break up Libya.