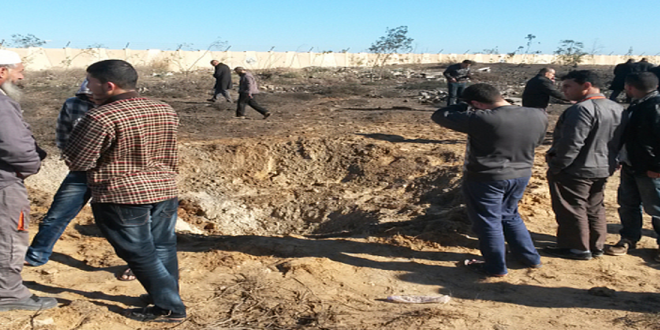 The rapidly escalating civil war in Libya saw the first air strikes on Misurata, the country’s third largest city, since the fall of Colonel Muammar Gaddafi three years ago.

Jets under the control of General Khalifa Heftar, a militia commander who was a central figure in Libya’s revolution, fired missiles on Sunday morning at the city’s international airport, just half an hour before a Turkish Airlines flight was due to leave for Istanbul. There were no reports of casualties.

The Libyan Air Force jets went on to attack the country’s largest steel plant and an air force academy near the airport, which are under the control of Islamist forces. “It was a shock. We did not see it coming,” said a spokesman for the airport, adding that the Turkish Airlines jet was preparing to taxi to the runway when the missiles struck.

Since May, Misurata has been a key base for Libya Dawn, an umbrella group of Islamist militias that has taken control of the west of the country and drove the western-backed government out of Tripoli, forcing it to set up its headquarters 870 miles away in the eastern city of Tobruk.

Libya Dawn is now attempting to grab control of Libya’s sizeable oil reserves, but faces the forces of General Heftar, who is nominally allied to the government and whose militia has repeatedly attacked Islamist bases this year.

Clashes in Benghazi have killed at least 210 people since government troops backed by armed civilians started a campaign in mid-October to retake the city from Islamist militias.

Sunday’s air strikes were in apparent revenge for Christmas Day attacks on Libya’s largest oil terminal at Sidra and on the city of Sirte, in which Islamist militiamen firing rocket-propelled grenades from speedboats killed 22 government soldiers. There were further skirmishes in Sidra on Sunday, in which two Libya Dawn foot soldiers were killed, according to a security official in the port.

Mohamed El Hejazi, a spokesman for General Heftar’s troops, confirmed that they had launched the air strikes on Misurata. Amal Baiou, a member of parliament in Tobruk, added on her Facebook page that the strikes had taken the people of Libya “a step closer to victory”.

Libya Dawn claimed that there was little serious damage to the airport — where Turkish Airlines is the only non-domestic operator — and it was operating normally. “A flight has just taken off,” said Ismail Shukri, a spokesman for the group.
It did little to alter the impression that, three years after the Anglo-French coalition dislodged Col Gaddafi, Libya is in chaos. While Libya Dawn controls Tripoli, another Islamist-led group, Ansar al-Sharia, has been fighting General Heftar in Benghazi, the country’s second city.

In Misrata, locals reacted angrily to the air strikes. “How can they say we want to have peaceful dialogue to resolve the problems then bomb us?” asked one man. To calm the situation, local television and radio asked the heavily armed population not to fire at approaching aircraft in case they downed a civilian jet.
Misrata may have become a target because of rumours that Libya Dawn is attempting to boost its aerial firepower in the city by repairing old jet fighters used by the Gaddafi regime.