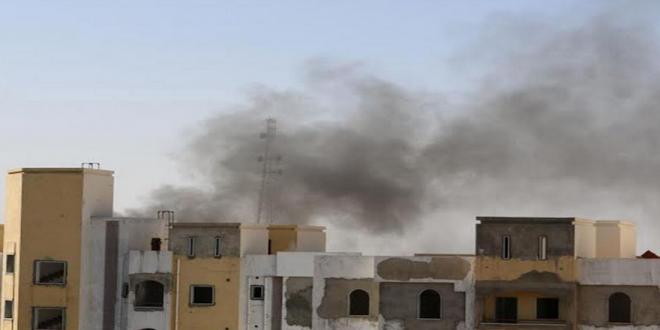 Escalation of violence in Libya could lead to "all-out war"

Chaos and an “all-out war” could take over Libya if the cycle of violence does not end, according to the United Nations Support Mission in Libya, UNSMIL.

The Mission was reacting to a series of airstrikes which took place Sunday on targets in the city of Misrata.

Violence between rival armed groups has rattled the war-torn North African nation since the former president Muammar Qhadafi was deposed in 2011.

UNSMIL has repeatedly urged all sides to work towards de-escalation.

Their latest appeal calls upon opposing parties to take what it described as “courageous steps” to stop the bloodshed.

In addition to numerous casualties, the fighting has caused a humanitarian crisis with at least 120,000 people forced to flee their homes.