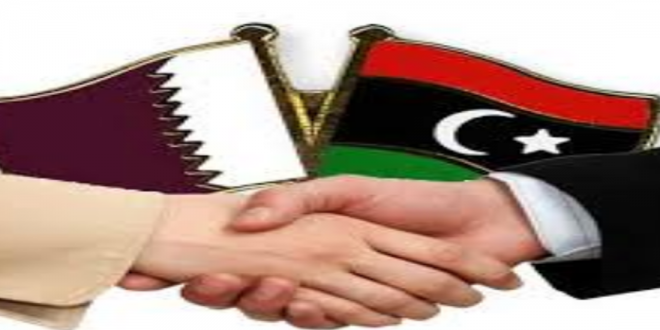 Efforts by the Beida-based Libyan government to rebuild relations with Qatar appear to have been successful although the President of the House of Representatives (HoR), Ageela Salah Gwaider, has indicated that there is still some way to go.

In a TV interview today, Gwaider said that if there is to be a working relationship with Qatar, it must accept the HoR and the Thinni administration as the legitimate parliament and government of Libya.

It was the first time a top Libyan official had formally been in Doha in 20 months.

Relations between Libya and Qatar, one of the first Arab states to support the 2011 revolution, have been tense for over a year and a half, with accusations that Doha has been interfering in Libyan affairs by materially supporting first the Muslim Brotherhood and more recently Libya Dawn. In September, Prime Minister Abdullah Al-Thinni threatened to break relations with Qatar and Sudan, claiming with had sent arms to Libya Dawn fighters.

Doha and Khartoum denied it.

Like Sudan, Qatar appears, at least outwardly, to have changed its position towards the HoR and the government since then, largely – it is claimed – as the result of pressure from Saudi Arabia. In September, in a speech to the United Nations, the Emir of Qatar, Sheikh Thamin bin Hamad Al-Thani, said that the international community had to respect the will of the Libyan people. However, there was no explanation as to who represented the will of the Libyan people and the statement could have been interpreted as backing either side

Nonetheless, by the beginning of December, at the Gulf Cooperation Council’s summit in Doha, all six members, Qatar included, agreed that HoR and the Thinni government were the only legitimate authorities in Libya.

Yesterday’s talks in Doha were, according to Dairi, “fruitful and characterised by openness and transparency”. The body language between the foreign ministers also suggested a friendly meeting.

However, in a statement on the meeting published by the Qatar News Agency, there was no declaration of Qatar’s recognition of the HoR’s legitimacy. It reported simply that the two sides had discussed ways to support security and stability in Libya.

“They stressed the importance of giving high priority to dialogue and non-exclusion in order to reach a political solution to resolve the current Libyan crisis and achieve the Libyan people’s aspirations,” it said.

It added, however that both government had agreed to continue talking.