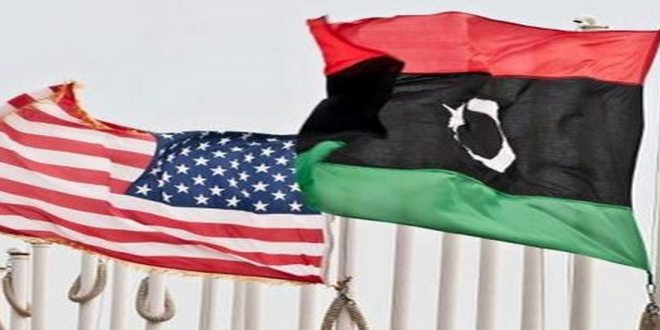 The United States Tuesday condemned a strike by Libyan aircraft that bombed an oil tanker off the Islamist-held port of Derna, killing two crew members.

The crewmen — a Greek and a Romanian — were killed on the Liberian-registered vessel, the Araevo.

The tanker was hit Sunday after it raised suspicions by refusing to stop for checks on its cargo, according to armed forces under the internationally recognized Libyan government.

“We strongly condemn the January 4 bombing of a Greek-operated oil tanker near Derna,” State Department spokeswoman Jen Psaki said in a statement.

“The ongoing escalation of violence in Libya against civilian commercial interests further widens a conflict that is fundamentally political,” she said.

More than three years after dictator Moamer Kadhafi was toppled and killed, the country remains awash in weapons and powerful militias, and has rival governments and parliaments.

An internationally recognized government has taken refuge in the country’s remote east.

“The United States remains committed to working with the international community to help the Libyan people establish an inclusive system of government,” the spokeswoman added..