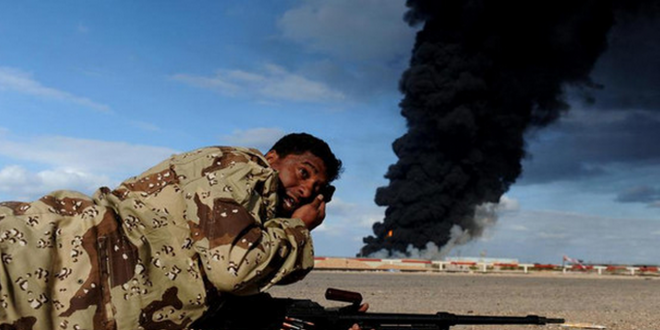 Libya’s civil war – That it should come to this

IN MARCH 2011, spurred by Colonel Muammar Qaddafi’s threat that his forces would storm the city of Benghazi “inch by inch, house by house, home by home, alley by alley,” reluctant Western nations intervened in the revolution in Libya. It proved decisive. By the end of the year Qaddafi was dead, and the national tricolour which had replaced the plain green flag of the colonel’s regime over the rooftops of Benghazi was flying all across the country.