Home / Normal / Over 230 assassinations or attempts in Benghazi in 2014 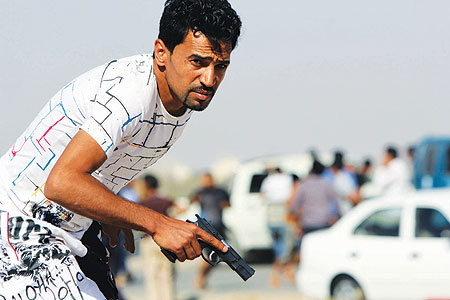 Over 230 assassinations or attempts in Benghazi in 2014

There were no fewer than 231 recorded assassinations or assassination attempts in the eastern city of Benghazi in 2014, one independent source reports.

The figures were collated by Benghazi resident and active blogger Mutaz Gedallah of  the site www.wakeupbenghazi.com.

Some of the most prominent victims were eleven activists, which included Twfik Ben Soud, Sami Al-Kwafi, Salwa Bughagies, and Muftah Bouzaid who Mutaz says were killed ‘’only because they stood up against extremists’’.

But without doubt the military and police force of Benghazi bore the brunt of the assassination attempts and assassinations in 2014.

To put these into perspective, these numbers for assassinations and assassination attempts specifically for Benghazi contrast with general death figures totalling 1,442 for the city given by NGO Libya Body Count.

This figure is nearly three times the total deaths of 519 for the larger city of Tripoli.