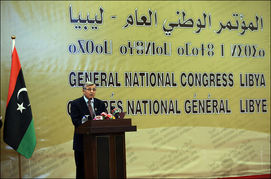 The continuing Tripoli-based General National Congress voted today to reduce the quorum needed for key laws to be passed to a simple majority of those attending sessions.

The change means that it will be easier to:

Under Paragraph 6 of Article 30 of the 2011 Constitutional Declaration, amended last March, 120 votes were needed to enact such legislation. The latest change means that if just 30 members attend and vote on a bill relating to such matters, 16 votes will be sufficient to pass it.

The Congress also abolished Paragraph 8 of Article 30, which enabled any GNC member to call for a threshold of 120 vote on any issue under discussion, provided he or she were supported by five other members.

However, according to an explanation on the Congress website today from one of the continuing members, Abdul Qader Ehwaili, who sits on the Political Affairs Select Committee, the threshold needed to make constitutional changes such as today’s is now deemed to have reduced to 90 votes because the number of members taking part in Congress is down to 135.

Under the new legislation the Congress should now be able to easily replace those members who no longer turn up because they consider it has been replaced by the House of Representatives.