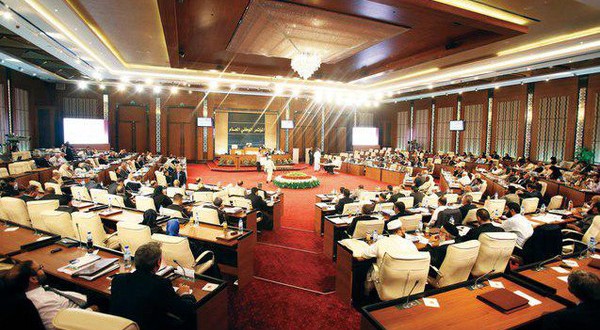 The continuing General National Congress has condemned the Egyptian attack on Islamic State militants in Derna, describing it as a violation of Libyan sovereignty. It has called on the UN Security Council to take action against Egypt.

Congress also condemned the killing of the Egyptian Christians by IS, saying it as a “heinous” crime that had nothing to do with Islam. However, it added that Cairo had not been in touch with it about the disappearance of the 21 men and questioned how they had managed to enter Libya in the first place. The Egyptian authorities, it further declared, had a duty to protect Libyan citizens in Egypt from any adverse reaction that might occur as a result of the slayings.

Congress also insisted that Libya would fight terrorists by itself without anyone else’s help. It was sending forces to retake Sirte and had set up a joint operations room to oversee the planned assault.

Until very recently, Congress along with Libya Dawn and the Hassi regime, has taken the view that there were no terrorists in Libya and that all the country’s problems came Khalifa Hafter and his Operation Dignity. In its statement today, it continued in the same vein accusing him of collaborating with members of the Qaddafi regime, led by Ahmed Qaddaf-Adam, and of being responsible for the deteriorating situation in the country.16