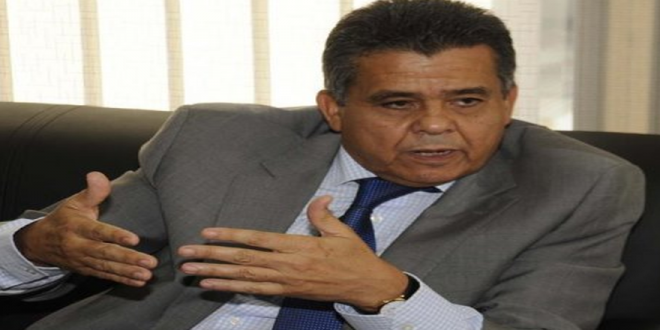 During an interview with An-Nahar, Libyan Foreign Minister Mohammed al-Dairi denied that his government, headed by Abdullah al-Thani, had asked for foreign military intervention in Libya during the Security Council session. He also stressed the need for the international community to provide support to the Libyan National Army in order to strengthen its efforts in the fight against terrorism, represented by Ansar al-Sharia in Derna and Benghazi as well as the Islamic State (IS) in Sirte. Meanwhile, Jordan distributed a draft resolution under Chapter VII of the Charter of the United Nations after the Egyptian diplomacy led by Foreign Minister Sameh Shoukry had dropped Cairo’s request to allow it to use military force in the neighboring country.

In response to questions about the draft resolution distributed by Jordan to the rest of the Security Council members, Dairi told An-Nahar, “We did not ask for any foreign or international military intervention through the Security Council during the meeting,” while asking for “strengthening the Libyan army’s capabilities, supporting it and providing it with the suitable weapons to fight terrorism.” He pointed out that the purpose of the Security Council’s current meeting is “to make the international public opinion realize the seriousness of the situation in Libya as a result of the presence of IS, in particular, as well as Ansar al-Sharia in the past few months.”

Regarding the basis on which Egypt intervened militarily and hit specific locations in the Libyan interior in response to IS’ execution of 21 Egyptian Copts, he replied, “The truth is, there has been distinct military coordination between the military and political leaderships in Libya — represented by legitimacy — and Egypt for a while now. In the absence of international support for the Libyan army to fight terrorism, we highly appreciate the Egyptian government’s support.”

Do you take the risk of undermining the political process led by the UN Special Representative in Libya Bernardino Leon because of these military operations? “The operations are still going in Zintan, unfortunately, since the terrorist groups are still present,” Dairi replied.

On the subject of whether he was satisfied with the draft resolution distributed by Jordan, he said, “We were satisfied since it came in line with our request when we met with foreign Arab ministers at the Arab League on Jan. 15 in Cairo. Our request to support the Libyan army’s capabilities and provide the appropriate weapons to fight terrorism was approved,” adding, “Our demands are so far met by the Arab side. We have held several meetings with the international community, which still asserts the importance of finding a political solution. In the past few months, the legitimate authority has abided by this condition, and our representatives of the members of parliament, civil society and local councils positively participated in the Geneva dialogue.”

In response to another question, he said, “Forces from Fajr Libya raided Zintan. The international community is facing challenges in this dialogue, and so are Libyans. Certain political parties in the General National Congress refrained from participating in the first round of dialogue. But, they participated in the Ghadames meeting last week. However, the meeting was not up to the expectations. There wasn’t enough support for the political dialogue that would lead to forming a national consensus government.” Dairi mentioned the statement issued by several states included the United States, Britain, France, Spain, Germany and Italy, in which they “called on the General National Congress to engage in the political process, while they appreciated participation of the legitimate authority and local council of Misrata in the dialogue.”

He emphasized that “the Libyan legitimate authority wants the dialogue to succeed and a political road map to be found.”

Dairi called on the international community represented by the Security Council to “make way for the Libyan army to receive suitable ammunition and arms to be able to fight terrorism itself.” He noted, “The Libyan army has suffered a lack of international support, and it has been fighting extremists and terrorists from Ansar al-Sharia in Benghazi and Derna since last year. We are now working on fighting the terrorism that IS is practicing in Sirte and other areas of Libya.”

He said, “The Egyptian raids on the extremist locations in Derna happened with the participation of the Libyan air force.” He expressed the readiness of his government to “keep up this national campaign against extremists everywhere in Libya, provided that the country is supplied with the necessary ammunition and weapons.”

“We are ready to face terrorism without asking for international military intervention,” he finally said.

International Relations and CooperationSecurity Forces
All
2015-02-20
activate
Previous UK sets conditions to lift arms bans against Libya
Next Derna: the Libyan breeding ground for IS