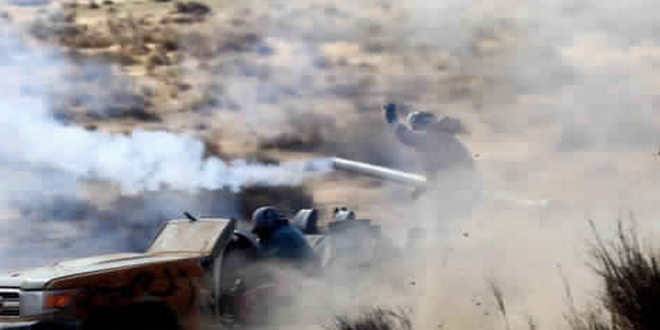 Britain says the arms sanctions on Libya will be removed if a united government is established in the North African country and the international community supports it.

British Foreign Secretary Philip Hammond made the remarks on Thursday, a day after Libya called on the United Nations Security Council (UNSC) to remove the arms sanctions on the North African country to help its military fight the Takfiri militants operating there.

“The problem is that there isn’t a government in Libya that is effective and in control of its territory. There isn’t a Libyan military which the international community can effectively support,” Hammond said.

In an address to the 15-member UNSC on Wednesday, Libya’s Foreign Minister Mohammed al-Dairi called on the international community to help Libya build its national army, adding, “This would come through a lifting of the embargo on weapons, so that our army can receive material and weapons, so as to deal with this rampant terrorism.”

Meanwhile, Jordan presented an Arab League-backed draft resolution to the council demanding the easing of restrictions on weapons sales to Libya’s “legitimate” government.

The draft, which was circulated late Wednesday, also asked the council to take measures to cut off the delivery of weapons to militant groups operating in Libya. The draft resolution “emphasizes the necessity to provide support and assistance to the legitimate authorities in Libya… particularly by providing the Libyan government with the necessary security assistance.”

The UN imposed an arms embargo against Tripoli in 2011, when Libya descended into chaos after an uprising against dictator Muammar Gaddafi led to his ouster.

Libya has two rival governments vying for control of the country, with one faction controlling Tripoli, and the other, Libya’s internationally recognized government, governing the cities of Bayda and Tobruk.

Libya’s internationally recognized government and elected parliament moved to the eastern city of Tobruk after an armed group based in the northwestern city of Misrata seized Tripoli and most government institutions in August 2014.

The 2011 ouster of Gaddafi gave rise to a patchwork of heavily-armed militias and deep political divisions.

The country has been witnessing numerous clashes between government forces and rival militia groups, which refuse to lay down arms.

Battles among the rival militants, who had participated in the anti-Gaddafi uprising, are mainly over the control of oil facilities in eastern Libya.