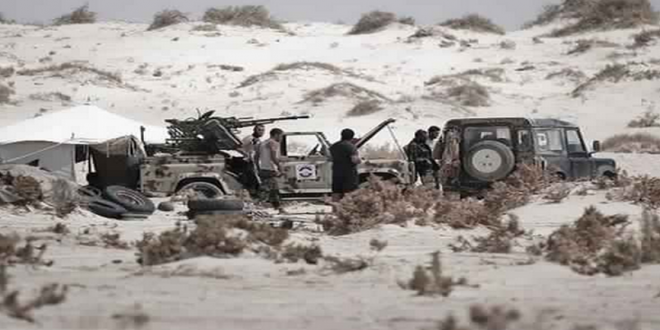 Delegations from Misrata and Zintan municipal councils have met in the Jebel Nafusa town of Al-Asabaa, between Ghariyan and Gwailish, 110 kilometres south of Tripoli, and agreed a prisoner exchange. Military officials in Zintan, however, are playing down suggestions that yesterday evening’s meeting is a first step in attempting to normalise relations between the two arch-rivals.

“There was no attempt at reconciliation,” a Zintan officer told the Libya Herald. The meeting had merely involved members of the two councils. “It had nothing to do with the military,” he insisted.

Organised some days ago, yesterday evening’s talks were mediated by elders from Al-Asabaa and followed a successful prisoner exchange four weeks ago, mediated by the same elders, between Zintan, the Washefana and Ghariyan.

However, despite the officer’s comments, the carnage of yesterday morning’s suicide attacks in Guba appears to have galvanised both groups of delegates into agreeing that the spilling of Libyan blood had to stop and that they should meet for further negotiations next Friday.

Nonetheless, the conflict down on the plane continued today – bearing out the Zintani official’s claim – with Zintani forces and those of Libya Dawn, backed by Misrata, involved in further heavy fighting south of Ajilat.