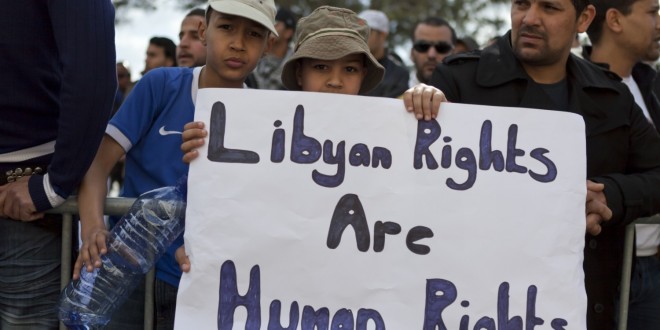 A popular blogger and civil rights activist, Intisar Al-Hasiri has been found murdered in Tripoli, along with her elderly aunt.

The bodies of both women were discovered in a car that had reportedly been in the same place for two days.

Hasairi was a leading member of Tanweer (“Enlightenment”) an organisation that devoted itself principally to education, music and the arts.  In 2013 it staged Tripoli’s first second-hand book fair in Martyrs’ Square. Last year however the event was cancelled for lack of a sponsor.

Hasairi was also a celebrated blogger. Her Facebook page had more than ten thousand followers as well as two thousand “Friends”. One of the latter said “She was fearless. She was not afraid to say what she thought about a whole range of subjects, including politics. She was not a shy person and she did not wear a hejab”.

She had recently been in Tunis but had decided to return to Tripoli to be closer to her fiancé.