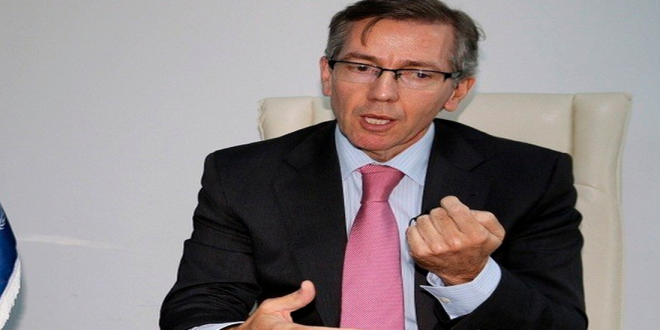 The UN Special Envoy to Libya, Bernardino Leon, has called for a European Union naval blockade of Libya to stop weapons reaching militants in the country and prevent illegal oil exports.

Speaking from Morocco, he said in an interview published today in Italian daily Corriere della Sera that a blockade was “needed” in the short term. Italy could not do it alone, but if it were an EU operation, it could work. The UN Security Council, he believed, would back the idea.

Such an operation, if undertaken, would be a first for the EU but it is not clear if all members would agree. Some, such as the UK and the Netherlands, might prefer a NATO operation or even baulk at the idea.

A blockade could impact on the numbers of illegal migrants setting out from Libya to cross the Mediterranean. On Friday, the head of the EU’s border agency Frontex, Fabrice Leggeri, said that the organisation feared that as many as a million migrants might try to reach Europe from Libya this year. “Sources tell us there are between 500,000 and one million migrants ready to leave Libya,” he said in an interview with Italy’s Ansa news agency.

Italy’s prime minister Matteo Renzi has responded to the claim with evident exasperation saying it was important not to be alarmist or come out with random figures.

However, the prospect of navy vessels the Mediterranean from a number of EU states could encourage migrants to risk the crossing. EU rules that migrants become the responsibility of the state whose vessel rescues them result in an increase in those wanting to get to the UK and north Europe should such countries took part.

Leon’s naval proposals coincided with a two-day informal meeting of EU forieign ministers in the Latvian capital Riga which ended today and at which the EU’s foreign policy chief Federica Mogherini also suggested an EU naval presence off Libya. However, she added that it was too early to go into details. “We discussed different options for an EU presence, different ways in which the EU can support also through security measures. This could mean also some naval presence. . . .

We are discussing that internally [and] with the UN and we hope to be able to discuss that with the Libyan authorities soon,” she said.

In the Riga talks, Mogherini also indicated that the Europeans would be prepared to monitor a ceasefire in Libya if a government of national unity and a ceasefire were agreed.

Leon and Libyan delegates participating in the dialogue process have said on several occasions that any government of national unity set up as a result of the talks would invariably fail if there were no immediate international support for it.

Libya was also on the agenda in talks today in Paris between US Secretary of State John Kerry and French Foreign Minister Laurant Fabius.

“We talked about Libya – the threat, obviously, of Daesh and other extremist groups taking advantage of the lack of adequate governance and the adequate resolution politically of the challenges there. And we committed to redouble our efforts together in order to focus on that,” Kerry said at a press conference afterwards.