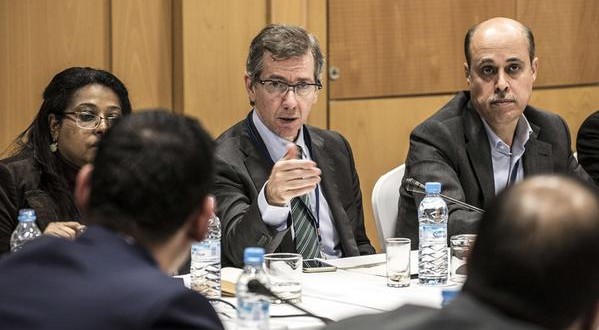 As Libya’s internationally recognized government in Tobruk and its rival self-declared islamist government in Tripoli resumed a new round of UN sponsored dialogue in Morocco that began on March 5, rival armed groups targeted each other with air strikes. Amid the ongoing turmoil, the Islamic State (ISIS or ISIL) continues to expand its activities and control over Libyan territory. In the last few days, ISIS-linked militants attacked vital oil infrastructure in the Libyan desert and beheaded two kidnapped officers in the city of Derna. These are some of the immediate and obvious challenges facing the UN brokered dialogue initiative in Libya. In my previous article titled: Libya’s Geneva Talks and the Search for Peace, I explored the challenges facing the Libyan dialogue, but also highlighted the positive indicators arising from the dialogue initiative.

By Mohamed Eljarh, a Nonresident Fellow with the Atlantic Council’s Rafik Hariri Center for the Middle East and a regular contributor on Foreign Policy’s Transitions blog.

Political TransitionSecurity Situation
All
2015-03-10
activate
Previous Libya: Haftar to Renzi, we need weapons against ISIS
Next HoR asks for postponement of UN-led Libya dialogue for one week