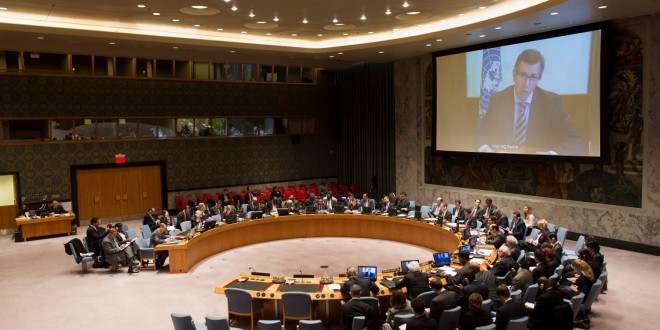 At least seven United Nations Security Council members, including Britain, France and the United States, delayed approval on Monday of a request by Libya to import weapons, tanks, jets and helicopters to take on Islamic State militants, diplomats said.

Spain, Lithuania, Chile and New Zealand joined Britain, France and the United States in placing a so-called “hold” on the request made to the Security Council committee that oversees an arms embargo imposed upon the North African state in 2011, said council diplomats, speaking on condition of anonymity.

In a letter to the committee, obtained by Reuters, Libya said it planned to import 150 tanks, two dozen fighter jets, seven attack helicopters, tens of thousands of assault rifles and grenade launchers and millions of rounds of ammunition from Ukraine, Serbia and Czech Republic.

If agreement is not reached to lift the hold, it could leave the request in limbo indefinitely. The 15-member Security Council sanctions committees work on the basis of consensus.

Libya’s U.N. mission was not immediately available to comment.

U.N. sanctions monitors said on Friday they are concerned that if the Security Council committee approves the request, then some of the weapons and equipment could be diverted to militia groups.

Libya’s internationally recognized government, led by Prime Minister Abdullah al-Thinni, has operated out of the east since a rival armed faction called Libya Dawn took over Tripoli in fighting last year and set up its own administration.

The rival governments and their allies are battling for control of Libya four years after a civil war ousted Muammar Gaddafi. The chaos has allowed Islamic State and Ansar al-Sharia militants to use their foothold inLibya, an OPEC member.

The internationally recognized government is allowed to import arms with approval of the Security Councilcommittee. Libya said it needs the weapons and military equipment to take on Islamist militants and to control borders.

Libya, backed by Egypt, has called for the arms embargo on the government to be lifted entirely. The council committee has long urged Libya to improve monitoring of its weapons over concerns that arms were being diverted to militant groups.

U.N. sanctions monitors said last month that Libyan authorities are unable to halt the illicit trade in oil or the flow of weapons and need help from an international maritime force. 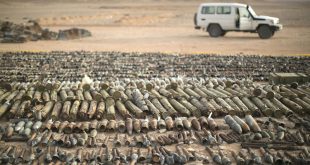 European arms companies are “instrumental” in mass displacement and fuelling the refugee crisis, according to …