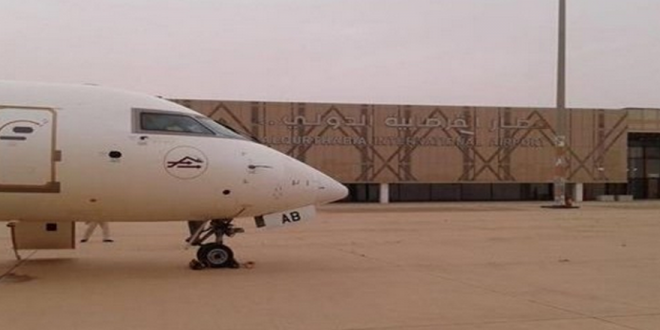 The negotiating team of the continuing General National Congress (GNC) has flew out of Tripoli today for the second round of the UN-brokered dialogue talks in the Moroccan seaside resort of Skhirat. However, the talks are extremely unlikely to take place for at least another week.

It was agreed last week at the end of the first Skhirat session that delegates from both the GNC and the House of Representatives (HoR) would return today with approval from both bodies on the priorities for the planned government as well as rules on who could serve as prime minister, and get down to deciding on a government of national unity starting as of tomorrow. However, fears within the HoR that it was being railroaded into a accepting government of national unity that would include Islamists defeated in the June elections but who then took up arms to gain power has resulted in growing opposition in the House to the whole dialogue process.

Yesterday, the HoR told UNSMIL that the Skhirat talks would have to be delayed by a week while it deliberated on the next moves. According to Faraj Buhashem, the HoR’s spokesman, the legislators wanted time to discuss a unity government together with its remit and its relationship with the HoR.

Aware that the HoR team would not be there, the GNC’s prompt return to Morocco in line with what was originally agreed is seen as a bid to curry favour with the UN and the international community. Meanwhile, GNC spokesman Omar Hemidan, himself one of the GNC delegates to the talks, accused the HoR on TV last night of trying to sabotage the dialogue because it did not want a solution to the crisis. Ignoring the fact that the GNC itself had boycotted the dialogue when in Geneva, he accused the HoR of making things worse by appointing General Khalifa Hafter as head of the Libyan armed forces and demanding the UN lift the arms embargo on Libya.

It is not known what remit the returning team has been given by its GNC colleagues. Saleh Makhzoum, the deputy president of the GNC who heads the four-member group, was reported earlier this week saying that there no preconditions were set last week as to the priorities or makeup of a government of national unity.

Prior to the team leaving Tripoli, the General National Congress announced it had appointed the vanished Congressman Suleiman Zubi as an honorary adviser to its dialogue negotiators. Zubi, elected to Congress in 2012 to represent Benghazi, disappeared last August. He is reportedly being detained in Zintan. The GNC move is designed to bring international attention to Zubi’s fate.