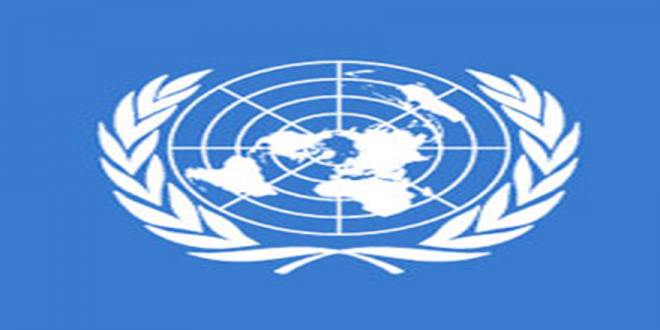 A UN human rights report released on Wednesday reveals a catalogue of violent attacks and threats against Libyan rights defenders, across Libya – and in some cases even after they are forced to leave the country.

Attacks, including killings, abductions, torture and other ill-treatment, unlawful deprivation of liberty and death threats by phone and on social media since the escalation of fighting in May 2014 have been documented in the joint report by the UN Support Mission in Libya (UNSMIL) and the UN Human Rights Office. Armed groups across the country have targeted human rights defenders seeking to shed light on and address human rights violations and abuses.

Most recently, prominent civil society activist Entissar al-Hassaeri was shot dead last month in Tripoli. Her body and that of her aunt were found in the trunk of her car on 23 February. Two members of the National Commission for Human Rights-Libya, a human rights NGO, were abducted on 13 and 14 February in central Tripoli. Both have since been released, but other human rights defenders and members of civil society remain missing or have gone into hiding.

“Given the increasing risks, the killings of prominent human rights defenders and repeated threats, many have fled the country, fallen silent, or have been forced to work in secret at great risk to themselves and their loved ones,” the report notes.

“Those who managed to flee abroad face a plethora of problems linked to their residency status, expiration of passports with no possibility of extension at some local Libyan consulates, loss of income, and other financial difficulties. Some human rights defenders who have fled have explained that they continued to receive death threats on their mobile phones and social media pages. In at least two cases… human rights defenders were physically assaulted in Tunisia, apparently by Libyans.”

In one such case, a media professional and women’s rights defender from Benghazi, left the country in late 2014 after numerous threats, including a text message threatening abduction of her son. Her car was struck, apparently deliberately, by another vehicle and a factory she owned was set on fire. She has continued to be outspoken – and has continued to be threatened – after moving abroad.

“On 19 October 2014, as she was walking to the train station, she was stopped by a car with Libyan license plates,” the report says. “The passenger threw a cup of coffee at her warning: ‘you…activist and journalist…next time it will be acid’.”

Another journalist and human rights defender received threats, including of sexual violence, on her Facebook page. “We will … come to your house and break your honour,” read one post. After fleeing Libya in August 2014, she continued to receive threats via Viber and text messages.

Another human rights defender left Tripoli in September 2014 after being repeatedly subjected to physical assaults, short-term detentions and abduction threats directed at his family.

“Civilians in Libya, including human rights defenders, have few or no avenues to seek protection or access to remedy for the harm suffered,” the report warns. “The breakdown of law and order has led to the failure of the criminal justice system in some parts of Libya, especially Derna, Benghazi and Sirte, while severe disruptions have been reported elsewhere. Justice sector officials…have been violently targeted by armed groups.”

Another human rights defender said she found a piece of paper on her car soon after the murder of Bughaigis in June 2014, stating “your turn is next.” Other defenders have had family members detained or abducted.

Staff members of Jurists without Chains, a human rights organization in Benghazi, shut its premises late last year following numerous threats, a raid, and the firing of a projectile into their office. The national human rights institution of Libya, the National Council for Civil Liberties and Human Rights, also closed its offices in Tripoli in late 2014 as a result of intimidation, threats and raids.

“Armed groups across political, tribal, regional and ideological divides…are responsible for violations of international human rights and humanitarian law and abuses of human rights, including abductions, extra-judicial executions and other unlawful killings, torture and other ill-treatment. Human rights defenders seeking to document and denounce such violations and abuses have faced reprisals,” the report says.

The report warns that those committing crimes under international law, including many detailed in the report, are criminally liable, including before the International Criminal Court. It stresses the crucial need to resume building State institutions, particularly law enforcement agencies and the overall justice system. The report also urges all sides to publicly condemn attacks against civil society members.

Neighbouring countries and the international community should also ensure the protection of Libyan human rights defenders, including by issuing emergency visas and providing temporary shelter, the report urges.

The report also calls on the Libyan authorities and on those with effective control on the ground to immediately refrain from, and take action to stop, attacks on human rights defenders, and work towards creating a safer and more enabling environment for them to conduct their indispensable work for the protection and promotion of human rights in Libya.