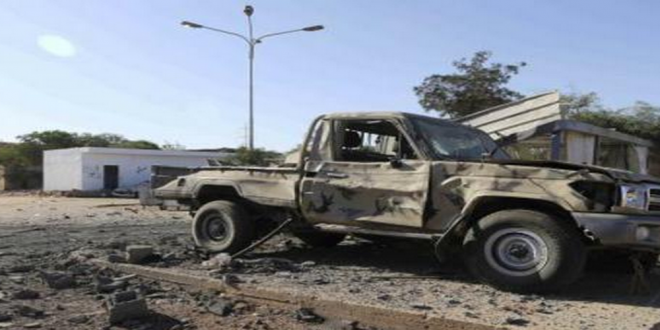 Displacement in Obari reaches 85 percent; situation in the town “catastrophic”

More than 85 percent of the population in Obari has been displaced after seven months of fighting between Tebu and Tuareg tribes that has left the town facing a humanitarian crisis.

Amghar went on to explain that the Internally Displaced Persons (IDPs) were receiving no subsidies or aid from the state, despite many attempts on the part of the crisis committee to reach out to the government on the IDPs’ behalf.

The Obari Hospital has been forced to close periodically because of clashes, forcing patients to drive to Murzuk. In addition, the hospital has experienced severe shortages in medicine and healthcare workers.

According to Amghar, women have given birth on the Obari desert road because the hospital closure forced them to seek care elsewhere and they were unable to make it to another hospital in time.

Murzuk Hospital is also facing a severe shortage in medical supplies and staff and has been forced to close at times because of fighting.

“Many have died of gunshot wounds on the road between the Obari and Murzuk hospitals,” said Director of Medical Affairs at Murzuk Hospital Mohamed Ali.

Many children in the area have been forced to suspend their studies for the 2015 academic year because of textbook shortages. Those who are continuing to go to school face overcrowding and inadequate support for dealing with the trauma they’ve experienced as witnesses to violence in the town.

The Libyan Red Crescent has provided some aid to those who are suffering in the area, but the local branch manager, Amod Arab, has said that much more help is needed.

The biggest areas of need have been for blankets, furniture and food and milk for children. There is also an acute housing shortage.

According to statistics put out by the Obari Crisis Committee, most of those forced out of their homes have migrated to Ghat, Brak Al-Shatti and Sebha.

The Tebu and Tuareg tribes have a history of rivalry, but the conflict has taken on new life within the context of the larger one between forces aligned with Libya Dawn and those with Khalifa Hafter and the Libyan National Army (LNA).

Some Tuaregs in the region, but not all, have aligned themselves with Libya Dawn.  All though, were incensed just days ago when LNA Chief of Staff Abdel Razzaq Al-Nazhuri told the media that Tebu forces, fighting under the LNA, were fighting “terrorists”.

The Tuareg Social Council has denounced the Chief of Staff’s remarks, saying that they were not based on any concrete evidence. The Council has further denounced Nazhuri’s claim that the army was “preparing to deal with the ‘terrorists’ in Obrari”.

According to Hussein Al-Ansari, elected as one of the two Obari members for the General national Congress, Nazhuri’s remarks were dangerous in that they were an incitement to killing, violence and destruction. They “gave the green light to exterminate the Tuareg in the town of Obari,” he claimed.

The town saw violent clashes last Friday following Nazhuri’s remarks that reportedly claimed the lives of eight people, including two children and a woman as well as one of the Touareg leaders.

Fighting between Tebus and Tuaregs erupted in September when a pro-Libya Dawn Tuareg militia tried to take control of a local petrol station guarded by Tebus. A peace deal mediated by elders from local towns as well as by Zintanis later broke down.

Tuareg elders from Obari, as well as the town’s Tebus, have both pledged allegiance to the House of Representatives. The outcome of the current peace negotiations remains in doubt, as the Tuareg armed groups involved in the recent violence appear to be beyond the control of Tuareg elders.

The clashes ended the ceasefire agreement between the two tribes that was announced on 21 January.