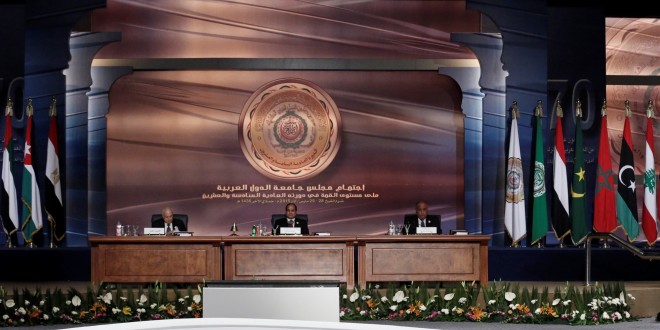 Egypt is trying to build Arab support for a Yemen-like military intervention in Libya to prop up the government of Prime Minister Abdullah al-Theni.

The situation in Libya has been a strategic priority for President Abdel Fattah al-Sisi since he came to power in a military coup in 2013. He sees the growing influence of Islamist groups, particularly the Islamic State group (IS, formerly known as Isis), as an existential threat to the Egyptian regime.

Those fears have taken on a new urgency since Islamic State group militants beheaded 21 Egyptian Christians in February.

While Egypt has carried out its own airstrikes against Islamists on its neighbour’s territory, Sisi has repeatedly called for a broader Arab and Western intervention there.

He appears to be hoping that the precedent of an Arab-led intervention in Yemen and the proposed creation of a joint Arab military force to counter growing security threats across the region will give him the tools he has been looking for.

Arab leaders announced the formation of the Joint Arab Force at an Arab League meeting in the Egyptian resort of Sharm el-Sheikh on Sunday. The force was proposed by Sisi and backed by Gulf Arab allies who are now leading the military intervention in Yemen.

The pan-Arab fighting force would likely come under the auspices of the Arab League, based in Cairo.

Libyan Prime Minister Abdullah al-Theni told an official Egyptian news outlet that his government would ask the Arab League to intervene and support it against “terrorism”.

He said the Libyan army’s commander in chief would meet Arab military heads to establish the new force.

“Approving intervention in Yemen in support of legitimacy prompts a parallel declaration in favour of resolving the crisis in Libya,” he said. “We will support this force with the capabilities that we have.”

But while most Arab states supported the creation of the new force, many are wary of an intervention in the increasingly complex Libyan conflict. Algeria and Tunisia, Libya’s neighbours to the west, favour a political solution to the violence that has followed the toppling of Muammar al-Gaddafi.

Both Qatar and Saudi Arabia are also reluctant to see a military intervention there.

“Sisi is doing everything he can to persuade western countries to opt for military intervention in Libya, portraying it as the new terrorist hub in the region that should be eradicated by a swift intervention,” said an Egyptian diplomat who spoke to al-Araby al-Jadeed on condition of anonymity.

“Sisi is trying to persuade Arab countries, especially Saudi Arabia, Algeria and Tunisia, to back military intervention, but to little avail,” he said.

“Sisi wants an intervention by the unified Arab force in favour of the Theni government. Meanwhile, the rest of the world believes in the importance of finding a political resolution for the crisis there and in forming a representative government.”

Major Adel Suleiman, an Egyptian military expert, told al-Araby that many Arab countries were wary of military intervention in Libya.

“The case of Libya is different to that of Yemen,” he said. “Libya faces an internal conflict in the wake of the revolution against Gaddafi, and it needs the chance [to be solved through] dialogue. Whereas in Yemen, the situation is a key Saudi concern, as Saudi Arabia is the first to be harmed, so the Saudis had to resort to immediate intervention.”

Suleimani stressed that the idea of forming an joint Arab military force was met with reservations from several Arab states.

The differences between Sisi’s outlook and the attitudes of his Gulf patrons were clear in statements at the Arab League summit. The rulers of Qatar and Saudi Arabia, countries that have often been at loggerheads over issues across the region and which back different sides in Libya, both called for a political solution in the country.

Given Sisi’s dependence on Saudi Arabia for financial and political support, it is unlikely that Egypt would launch its own operations in Libya without a green light from Riyadh.

And despite Egypt’s success in winning Arab approval for a joint military force, approval from the UN and the Gulf for an Arab intervention in Libya may well prove beyond its reach.