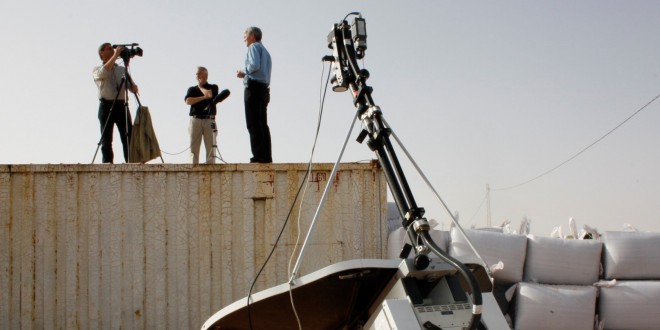 According to reports on Thursday, the corpse of Muftah al-Qatrani was discovered in his office in the center of Libya’s second largest city with a gunshot wound to the head.

Reports added that the assassinated journalist headed the private production company, al-Anwar, and was engaged in covering the reports of the clashes between the government forces and militants in the violence-wracked city.

“Friends who visited his office found him dead on a chair, covered in blood,” said an unnamed official in Libya’s Interior Ministry, adding that the authorities have launched an investigation into the incident.

This is while the attacker or attackers have not been identified so far.

“No neighbors or surrounding businesses had any idea what had happened and no weapon was found near the body,” said a witness.

In February, the Human Rights Watch (HRW) said journalists in post-revolution Libya have been under constant pressure by the militant groups.

“Journalists were among the 250 people killed in apparent politically-motivated assassinations in 2014,” read the HRW’s report, which also cited “at least 91 cases of threats and assaults against journalists, 14 of them women, from mid-2012 until November 2014.”

“The climate of impunity has allowed militias to assault, threaten, kidnap, or even kill journalists because of their reporting or views,” said Joe Stork, HRW’s deputy director for Middle East and North Africa.

The HRW also slammed the Libyan judiciary for prosecuting journalists for “speech-related offences.”

Libya plunged into chaos following the 2011 uprising against the dictatorship of Muammar Gaddafi. The ouster of Gaddafi gave rise to a patchwork of heavily-armed militias and deep political divisions.

The country has been witnessing numerous clashes between government forces and rival militia groups that refuse to lay down arms.

Battles among the rival militants, who had participated in the anti-Gaddafi uprising, are mainly over the control of oil facilities in eastern Libya.