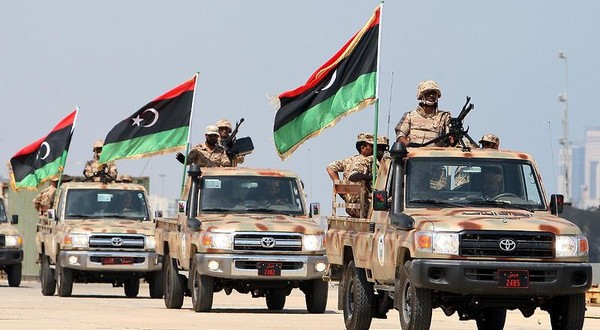 Perceptions of Security in Libya Institutional and Revolutionary Actors

Three years after the fall of Muammar Gadhafi and his regime, Libya is again on the brink of civil war. Various circumstances underlie this predicament—mistrust between regions, political power struggles, and sporadic and uncoordinated security and justice sector reforms. So that better understanding of the security needs of Libyan citizens today is possible, this report assesses the popular legitimacy of security providers in the country today and identifies their local, religious, and legal legitimacies. 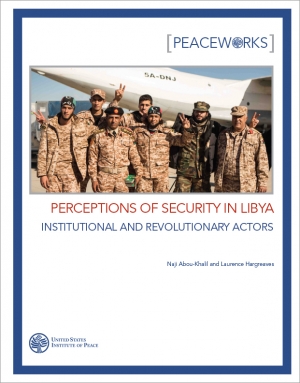 This report assesses the popular legitimacy of Libya’s cur-rent security providers and identifies their vectors of local, religious, and legal legitimacy to better understand Libyan needs in terms of delivery of security services. Derived from a partnership between the United States Institute of Peace and Altai Consulting to carry out multifaceted research on security and justice in postrevolution Libya, the report develops a quantitative and qualitative research approach for gathering security and justice perceptions. It is accompanied by a Special Report on the influence of Libyan television on the country’s security sector.

Naji Abou-Khalil, a consultant with Altai Consulting, specializes in security sector reform and governance projects. Based in Tripoli since 2012, he has developed an in-depth knowledge of the political, security, and religious landscapes in Libya. Naji is also a cofounder of the Paris-based think tank Noria. Laurence Hargreaves is Altai Consulting’s Africa director and has directed qualita-tive and quantitative studies in Libya on topics related to perceptions of security and religion.