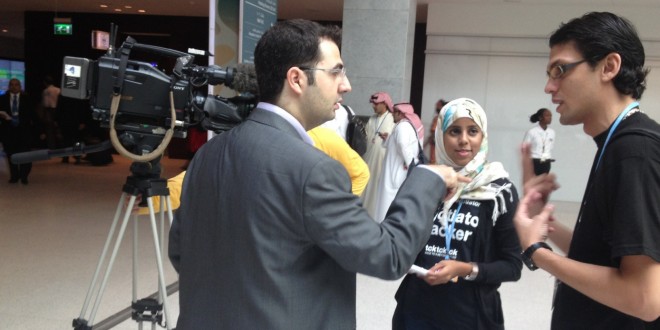 The Role of Media in Shaping Libya’s Security Sector Narratives

During and after Libya’s revolution, national media outlets became known and popular for their balanced reporting. The situation in the few years since has changed, however. The security landscape in Libya today is a confusing array of institutional and non-institutional actors each asserting legitimacy. The country is on the brink of full-scale civil war. Its media has become both polarized and a key tool for many security actors. This report looks at three primary television channels to offer insights into the media’s role in shaping public perceptions and building political constituencies. 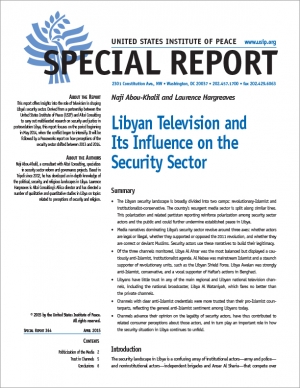 This report offers insights into the role of television in shaping Libya’s security sector. Derived from a partnership between the United States Institute of Peace (USIP) and Altai Consulting to carry out multifaceted research on security and justice in postrevolution Libya, this report focuses on the period beginning in May 2014, when the conflict began to intensify. It will be followed by a Peaceworks report on how perceptions of the security sector shifted between 2013 and 2014.

Naji Abou-Khalil, a consultant with Altai Consulting, specializes in security sector reform and governance projects. Based in Tripoli since 2012, he has developed an in-depth knowledge of the political, security, and religious landscapes in Libya. Laurence Hargreaves is Altai Consulting’s Africa director and has directed a number of qualitative and quantitative studies in Libya on topics related to perceptions of security and religion.

ICT and Media Governance
All
2015-04-30
activate
Previous Dignity rejects UNSMIL invitation to dialogue, calls on Leon to tell UN to lift embargo
Next Perceptions of Security in Libya Institutional and Revolutionary Actors