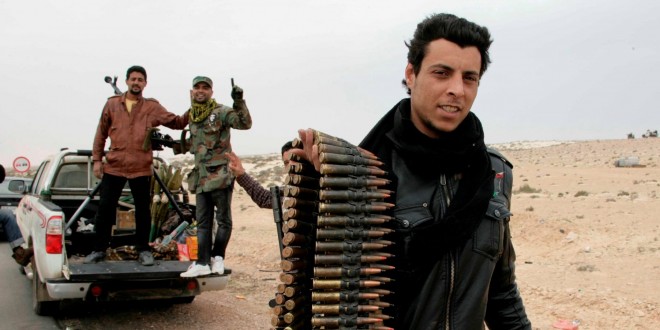 At the end of April came the news that the UN had failed yet again to bring together the two sides in Libya’s civil war.

The General National Congress, the rump parliament in Tripoli supported by moderate Islamists and the Misurata-led militia coalition, announced that it rejected the proposals made by Bernardino Leon, the UN special representative for Libya, for reconciliation and the unification of Libya’s two governments.

At the same time Libyan Dignity, the military wing of Libya’s alternative government, the House of Representatives in Tobruk, announced that it had refused to join the military discussions being hosted by the UN and that the political dialogue was dead as well.

Yet, only a few days before, Leon’s office had announced that there had been agreement on “80 percent” of its proposals to end the split between the Tripoli and Tobruk.

And, even after the announcements from both camps, Leon announced that he had prepared a third version of his proposals to put to them, even though he was not very optimistic about achieving reconciliation before Ramadan starts in mid-June.

The two parties were to respond to his proposals by 3 May, he said, saying that his optimism was based on the fact that reconciliation and a unity government were the only way forward for Libya. That, he said on 30 April, was what he had told the Security Council.
The two sides clearly do not agree with him. Members of the Tripoli parliament had been unanimous in their rejection of his proposals, stating that they were not prepared to compromise on their principles, Libya’s security or its sovereignty.

In Tobruk, a spokesman for Libyan Dignity said its rejection of military discussions was based on the fact that it was not a militia, which was the approach the UN had adopted towards it.

It said it represented part of the Libyan army which took commands only from the commander-in-chief. The statement was confirmed by the head of the Saiqa special forces in Benghazi and the leader of the 21st Brigade, who stated that the political process was finished as well.

Instead, they said, the UN should lift the arms embargo, so that the Libyan army could obtain the heavy weaponry it needs. In fact, arms are still arriving in Libya, at least as far as Tobruk is concerned. Its government has announced that it is to receive four Russian attack helicopters from the UAE, a few days after General Khalifa Haftar, the leader of the Libya Dignity forces, had visited Abu Dhabi.

The army that he leads has also made it clear that it believes only force of arms will settle the Libyan crisis, according to Jamal al-Zahawi, the commander of the 21st Brigade, and there are reports of the Egyptian army massing along Libya’s eastern frontier, shortly after a visit to Cairo by Tobruk’s prime minister, Abdullah al-Thinni.

It seems increasingly likely that Libyan Dignity, as the armed wing of Tobruk, is determined to settle matters solely through violence, even though it has still not be able to subdue Islamist opposition in Benghazi or Derna and may, therefore, have to call upon outside help.

The Libya Dawn militia still controls Tripoli but is under pressure from Zintani militias and their allies who are linked to Libyan Dignity. It has also failed to eradicate the Islamic State group in Sirte or gain control of the all-important oil and gas fields in central Libya, where production is increasingly disrupted by local disputes about pay and conditions.

Even though there have been hints that the two sides might collaborate to rid Libya of IS, neither seems prepared for real compromise and reconciliation.

The reasons are not too hard to find. Libyan Dignity was created to eliminate all traces of political Islam, whether moderate or extremist, from the country; the Tripoli government came into existence because moderate Islamists felt they had been unfairly excluded from parliament.

The Misuratan militia coalition supports it in part because of sympathies with the Islamist case but also because its rivals in Zintan are aligned with Tobruk and challenge it for control of Tripoli. The Tripoli parliament also bitterly resents the fact that foreign governments except for Turkey and Qatar – and, to a lesser extent, Tunisia – will not deal with it.

For either side to accept compromise would, therefore, be to undermine the legitimacy of its claims to power and that is something that neither parliament is prepared to do.

But there is, of course, more to it than that. Haftar, for example, has been determined to carve out a leading military role for himself in the new Libya ever since he was rebuffed just after the Gadaffi regime collapsed in 2011.

Both sides are desperate to control Libya’s oil wealth as the country begins to run out of funds and the struggle for control of the industry disrupts production.

And, in Tripolitania, militias have become people-smugglers as well. They are now heavily implicated in the immensely profitable business of conveying desperate refugees from sub-Saharan Africa, Middle East and Afghanistan into the unwilling arms of the EU, despite its threats of military action against the smugglers.

Against such glittering prizes, compromise must seem a very unattractive option.