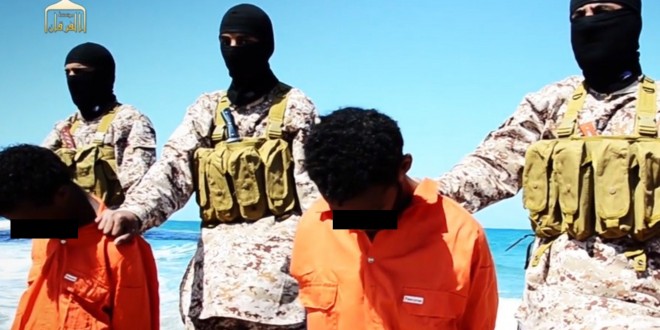 ICC chief prosecutor ready to probe IS crimes in Libya

The International Criminal Court’s chief prosecutor said Tuesday that she was ready to investigate crimes committed by the Islamic State in Libya, where the United Nations is pushing for a peace deal.

Fatou Bensouda told the UN Security Council that the court’s jurisdiction “extends to such alleged crimes” by jihadist groups aligned with IS.

Islamic State fighters have claimed responsibility for the beheadings in Libya of 21 Coptic Christians mostly from Egypt in February and 28 Ethiopian Christians in April.

International alarm over IS’s expansion into Libya after Syria and Iraq has prompted the United Nations to redouble efforts to broker a deal in Libya on a national unity government able to confront the jihadists.

ICC investigations have mostly focused on crimes related to the regime of Moamer Gathafi, who was ousted in an uprising in 2011.

Bensouda said she was “actively considering the investigation and prosecution of further cases, and will not hesitate to take such action as may be needed to contribute to ending impunity in Libya.”

Human rights organizations are concerned that the focus on accountability for atrocities is losing ground as the United Nations seeks a consensus on the new government makeup.

“Given the Libyan authorities’ inability to rein in these abuses, much less prosecute those responsible, it’s time for the ICC prosecutor to expand her investigations.”

Bensouda spoke to the council a day after holding an informal meeting with the ambassadors on the status of her investigations in Libya.

The ICC has charged Moamer Gathafi’s son Saif al-Islam and his intelligence chief Abdullah Senussi for crimes against humanity.